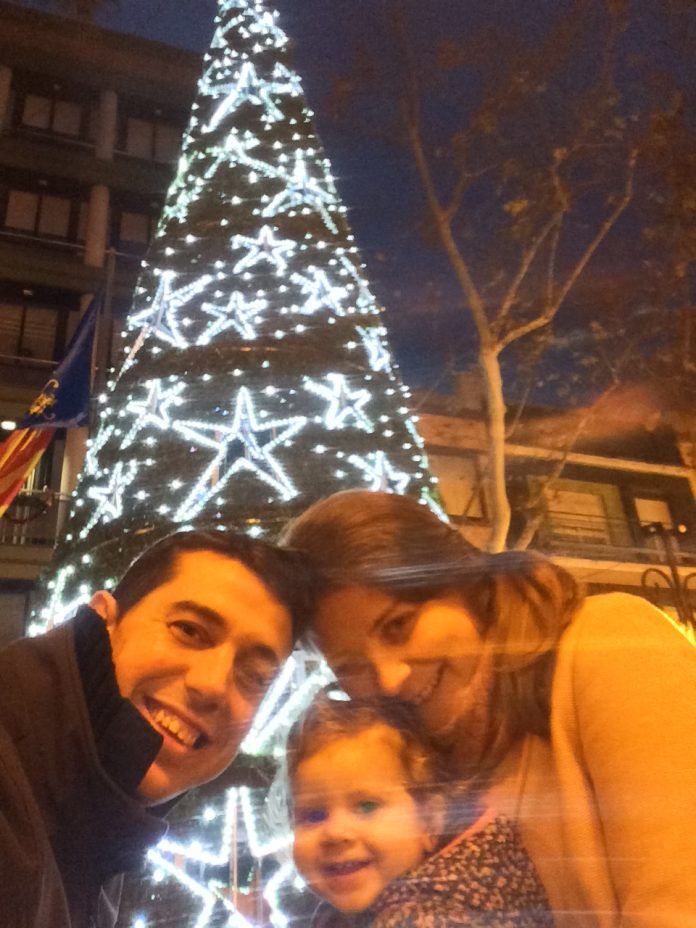 Although I´ve been living here almost ten years, I have always used the opportunity of the Christmas holidays to get back to my Irish roots. This year however, with a baby on the way, we decided not to travel and to have our first Spanish Christmas.
My family and I had a fantastic Christmas this year in Valencia. There are a lot of similarities with Ireland and my style of Irish Christmas such as midnight mass, ridiculous amounts of food, the fire lit, a large Christmas tree in the village square, the cold (yes, it does get cold in Valencia too) and of course lots of presents! 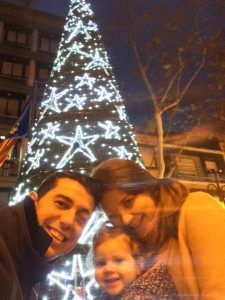 In Spain, the main family Christmas meal is on Christmas Eve. In my in-laws´ house, it consisted of a lot of very delicious seafood and lots of different tapas, way too much food for the 8 of us that were there! This was followed by the customary “turrón” which is an almond type of soft sweet. I´m not a huge fan, I´m a chocoholic all the way, but it grew on me by the end of the holiday period. We exchanged some small gifts from Santa before heading to midnight mass which was as magical as in Ireland. Lots of candles, singing and high spirits.

The next day, Santa arrived to my 1-year-old daughter. We had our breakfast at her new table and chairs. She informed us of who was to sit where. The cat even joined us on his appointed seat. I couldn´t go even one Christmas without the traditional Turkey dinner so I prepared Christmas dinner “Irish style” for my in-laws which was a success (…or so I was assured). The rest of the day was spent playing games, watching Christmas movies (Home Alone-a classic), exactly like home. The most shocking thing for me was when my husband got up the next morning for work! No St. Stephen´s Day in Spain it seems. It´s a day like any other.

Then we got to January 5th, what a great event! The King´s parade. It was my first time to go and I really enjoyed it. The streets were filled with people. I had no idea so many lived in our village. The parade consisted of a good mix of old and new, you had very old traditional costumes, a key element to Spanish village festivities and very modern LED-lit robots showing us some moves, all throwing sweets to the crowds. Then the 3 wise men came on horses to finish the parade. It was well worth going to.

But that´s not all, there´s more. January 6th came along, the most important day for Spanish children and we had another big family dinner which ended with the traditional Spanish Christmas Cake which contains two surprises. A figurine of a king and a figurine of a bean.The tradition is that whoever gets the bean, has to pay for the cake the following year. This was proceeded by an avalanche of presents! It seems we were all very good this year 