A few days ago in the framework of a subject about Management of Communication Offices, we were lucky to have the US Embassy for Spain and Andorra come to our class.. Two of the people in charge, Marta García and María Jesús del Olmo, from the Embassy’s Communications Office, told us how they carry out their daily work.

What is the first thing that comes to mind when you think of an Embassy?

Bureaucracy, visas, nationalities … right? Yes, these are some of the tasks that an Embassy carries out, but its functions go much further. One of the main tasks focuses on bringing the history of the United States to the world. 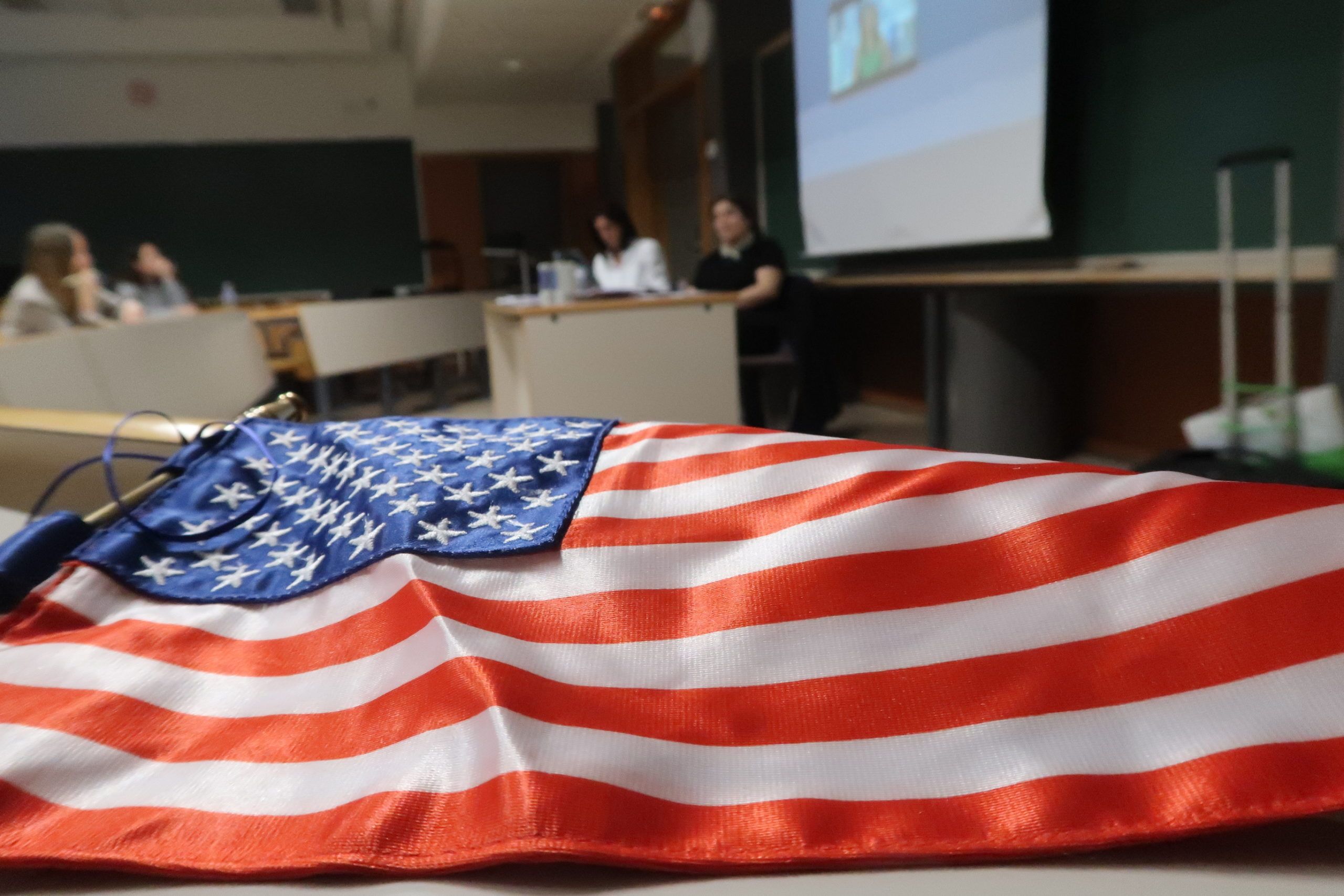 All these functions are achieved through tools and projects that are very positive in many ways to bring the United States closer to the world, but also to favor those societies in which they are present. In Spain, the Embassy performs many activities representing their values. These are some examples:

Cultural programs: Many of these programs, such as the empowerment of women, are established by the White House. In order to reach public opinion, they are associated with other local or national organizations that allow them to have more reach (English classes or Art lessons to children, etc.)

American Spaces: One of the most interesting projects that most of us have access to! The American Spaces Program in Spain (ASP Spain) is the result of a collaborative project between the US Embassy and local organizations aimed at establishing a more fluid relationship with Spanish citizens interested in the United States. Currently they have three centers in Spain: Madrid, Barcelona and Valencia.

Digital Diplomacy: As students of Advertising and Public Relations, this is a part that interested us very much. How does an embassy have a presence on social networks? Follow the Embassy and see it for yourself!

As an experience, we all agreed, it was very enriching.

Being able to have real professionals in the classroom gives us a very interesting view of he labour market. Knowing the work of an embassy from within and preparing a campaign for them in groups has allowed us to acquire competences that we would not otherwise have access to.

Thank you very much to the two people in charge of the Embassy who dedicated a few hours of their time and to Pilar Paricio, for approaching the classroom a professional reality as interesting as the one of the United States Embassy in Spain. ????

It smells of success in here! Three communicative keys of great perfumes

Learning the art of diplomacy with the US Embassy