Do you know what kind of drugs dentists use on patients? 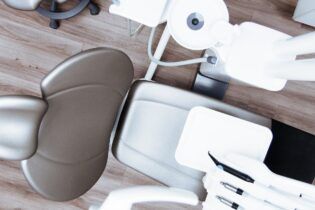 In dentistry, antibiotics are often prescribed by dentists for prophylactic use before and after a surgery such as extraction of tooth and implantation. Dentists prescribe a large portion of all oral antibiotics, yet, have you ever thought about the adverse drug reactions (ADRs) before you take the medicine?

ADRs do not solely include hypersensitivity to the drugs, but more reactions than you can imagine!

Here comes an article (Thornhill et al., 2019) to help you understand the ADRs may occur after taking antibiotics prescribed by dentists. In the study, NHS Digital Prescribing data and Yellow Card Drug Analysis data between 2010 and 2017 were abstracted to quantify dental antibiotic prescribing in England, and the rate and types of ADRs associated with them.

Some of the most used drugs

Penicillins are one of the most prescribed antibiotics by dentists. It has the  capacity to induce hypersensitivity reaction that can also lead to serious and fatal skin reactions.

Moving on, we have Amoxicillin, which is the safest and particularly for people who have no history of penicillin allergy. It is safe for both treatment and prophylaxis and it may be safer than penicillin V and amoxicillin + clavulanic acid.

Other than these two, we also have Clarithromycin and Clindamycin. The former is more likely to cause gastrointestinal upset than erythromycin and the latter is the worst of oral antibiotics because its ADRs includes fatal ones!

Rank from least to most likely to cause an ADR, antibiotics most commonly prescribed by dentists were as follow: