Home Our Students Carlota from Germany: “This university has it all”

It is true that Carlota decided to study at CEU UCH Valencia because she wanted to learn Spanish. But that is not the only reason. She was also amazed by the weather, although it was not the definitive key either. Having the sea so close? Might be… but it was not the main reason either. What was it then? Maybe all at once: “This university has it all”, says this German student who was thinking about studying Dentistry in other European countries before arriving on our campus. 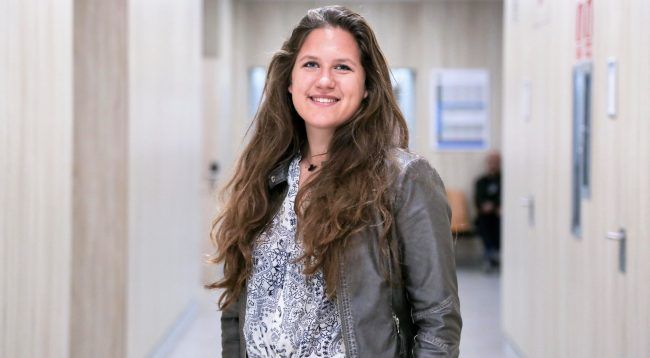 After four years spent with us we are even able to choose in which language we will be talking during the interview. In addition to German, Carlota speaks fluent English and fluent Spanish: “There is no escape. From the fourth-year we already have all the subjects in Spanish and the material is also in Spanish. The improvement is almost inevitable and much more fluid than you can imagine.”

This command of the language facilitates clinical practices with real patients which form part of this course. The experience, she says, could not be more enriching: “The practical sessions are the best part. All the time we are working with students or teachers who speak Spanish, we always have a person who can help us with the language, especially in terms of specific vocabulary.”

Although she comes from a family of dentists, Carlota wants to find her own way. A path that she already had in mind and explained in a letter in which she was talking about her future plans when she was only seven years old: “It was evident that my mother’s image with the patients and all the stories I was hearing at home had a big impact on me that in the end I have maintained.”

At the moment she is getting ready for an Erasmus exchange that will bring her to Finland or Sweden next year. What about your professional future? “I could practice in my mother’s clinic but I want to specialize in a particular field, this semester I’m going to travel to Vancouver to learn about the techniques applied in Canada.” 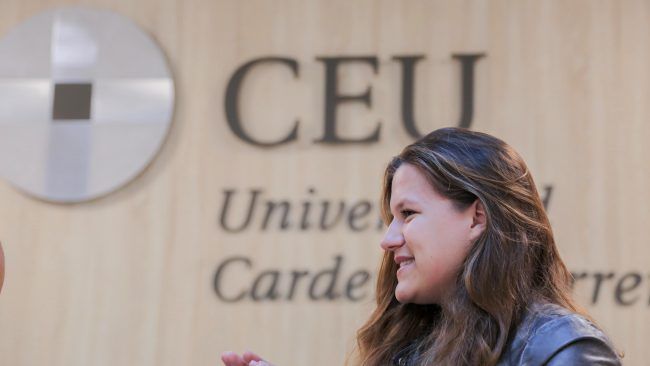 We talk about techniques and technology, something that Carlota is passionate about: “We are very lucky to be able to use the latest technologies here, it is an inexhaustible world. In a few years, using the computer as a tool for clinical researches is going to make a qualitative leap that we cannot even imagine.”

Carlota has discovered a whole new gastronomic world with her new friends met here in Valencia: “Sometimes I think that if I had stayed in Germany I would never have tried dishes from Chinese or Taiwanese cuisine… it is a unique opportunity that we all have just because of a large number of international students here at CEU UCH.” When she names all the nationalities of her classmates it is hard to imagine her going back to Germany.

This is the impression that Carlota herself confirms when she says goodbye to us: “There is still a bit left for me to graduate but knowing the amount of places I can travel to, all the different countries where I have friends to visit… it is simply fantastic!”