Home Training Are you familiar with the ‘The Maitland Concept’? 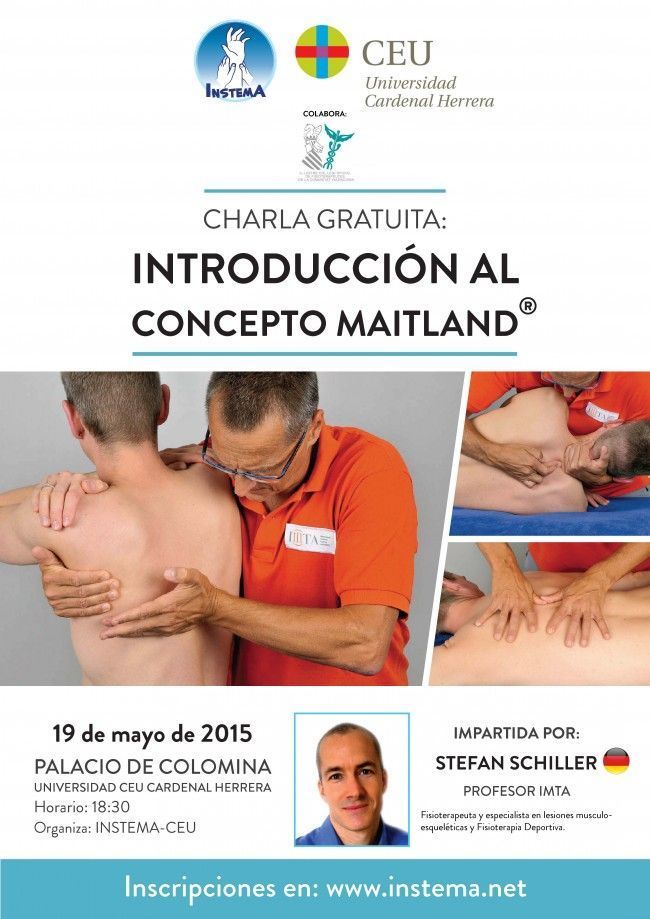 On the part of the ICOFCV, the members of its governing body, Juan José Bruño and José Ángel Gonzáles, who are coordinators of the Training Section and the Communication respectively, attended. On the part of our Department of Physiotherapy, Eva Segura, the vice-dean of Physiotherapy at University CEU Cardenal Herrera took part in the event.

The conference speaker was Stefan Schiller, physiotherapist and expert in muscular skeletal injuries and professor of the International Maitland Teachers’ Association (IMTA), an international association of instructors of ‘Maitland’. After graduating in his country, Schiller was trained in the United States of America in the method of Proprioceptive Neuromuscular Facilitation (PNF), which is also known as the ‘Kabat method’ in honour of Herman Kabat, who developed this method; later Stefan Schiller completed his Master’s degree in Musculoskeletal and Sports Physiotherapy.

The Maitland Concept was developed in the 1960s by the renowned Australian physiotherapist Geoffrey D. Maitland, starting with his classic paper entitled “The Problems of Teaching Vertebral Manipulation”, in which he presented a clear differentiation between manipulation and mobilization and became a strong advocate of the use of gentle passive movement in the treatment of pain, in addition to the more forceful techniques used to increase range of motion.