Home Our students Rachel, student of Physiotherapy: “Valencia is a small city that looks like... 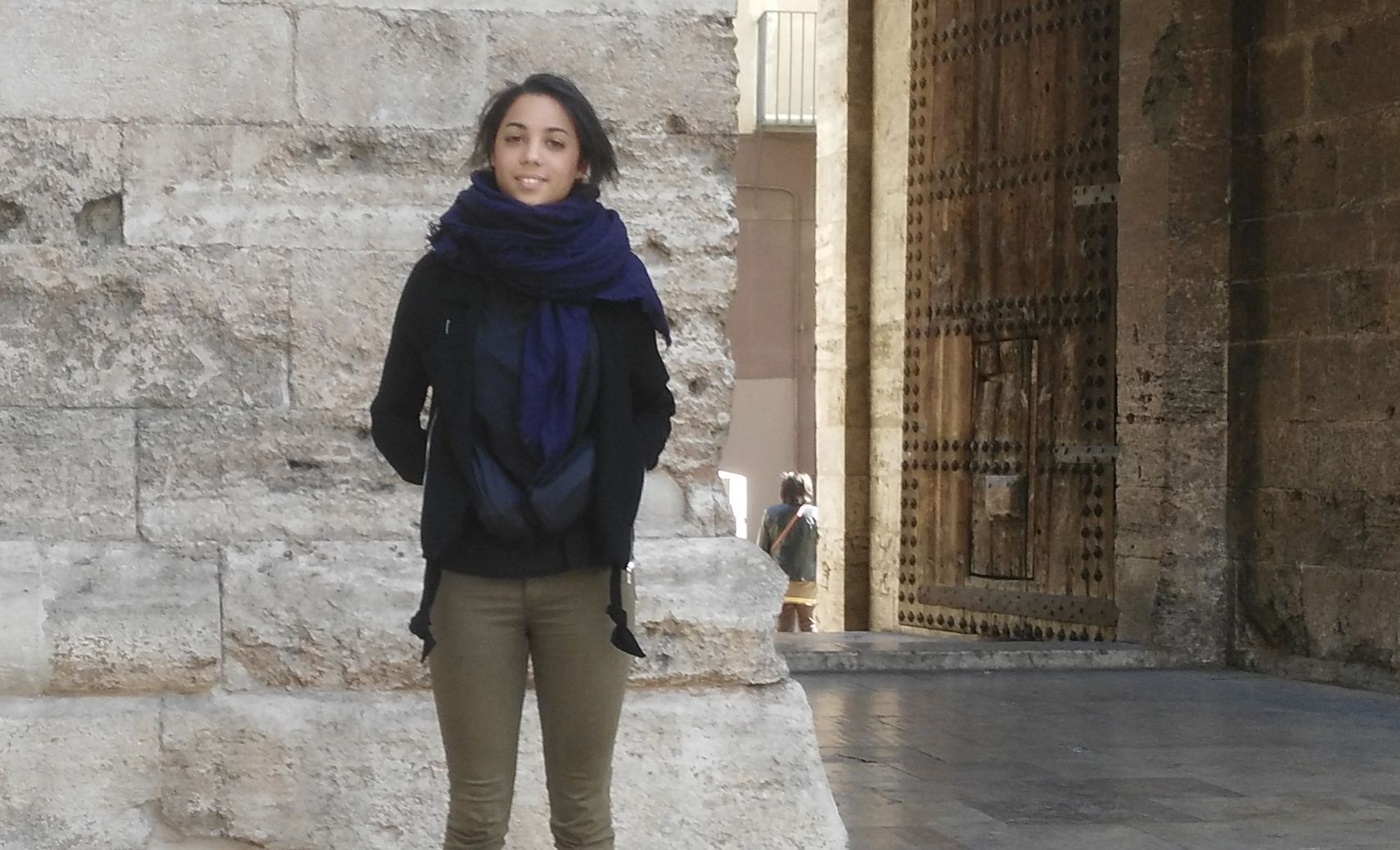 Hello Rachel!! How does a girl from Paris end up coming to Valencia?

It was a hard decision because I went to an open day in Paris, and I had lots of universities to choose, I just wanted to come to Spain to improve my Spanish. At the beginning I wanted to go to Barcelona because it was the only city I had been to before and I love Barcelona. But the truth is that I thought that I should stay in a city that I don’t know so that’s the reason why I’m in Valencia, I didn’t know anything about this city before. I couldn’t study Medicine in France so that made me do Physiotherapy out of my country to speak foreign languages, hang out with foreign people and Spain was an attractive place to come to: the weather is great and the language I already knew because my mother is Dominican.

You talked about the weather, that’s one of the best things of our city; did you find much difference?

In Paris we have a lot of cold so definitely Valencia is a great place to live, it’s never cold even in winter, and I’m always tanned!! It’s a little bit windy sometimes but you can go the beach and do lots of things, I love Paris because it’s a big city and comfortable because I know where everything is but Valencia is something else, it’s a small city that looks like a big one and you can go everywhere walking.

Let’s talk a little bit about our University, do you like it?

Yes of course I like it, here we can do lots of practices, we have a bunch of stretchers, and we do electric physiotherapy, just to test it!! I was really surprised about that, we have it all in the same building; it’s really easy to move around and get to the teachers to ask everything we need. 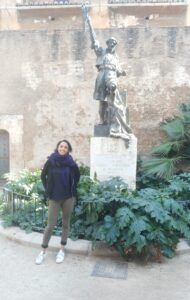 Great, that’s my next question: how close are the teachers with the students?

There are different things between Spain and France about the teachers; here they are really close: we can talk to them every day and any moment, we only have to go to their office and see them, and we can also use our intranet to get to them, really there are so many ways to talk with the teachers so I think it’s positive.

Let’s go on to another subject, what do you think about Spanish culture?

I think it’s really good, when I came to Spain the people told me about how fun Valencia was and France it’s more serious, there are a lot of parties, dancing, going out, people from everywhere, enjoying the sun, the Spanish people always have some excuse to get out, have fun and hang out. In France people are not that close to each other, here even the teachers talk to you like we’re friends, there are people going out with people five years older or younger, I don’t know maybe we are not that confident.

I have heard you talking Spanish almost perfectly, you speak English also, and so how many languages do you speak? More surprises?

No just Spanish because like I said before my mother is Dominican so I knew Spanish before I came here, but now it’s improving!! And I speak French of course and I studied English in my school like here all the students do so I can say I speak a little bit of English too, and one reason I’m getting better in English also is because Valencia is a cosmopolitan city, many people from different countries, Erasmus so I’m practising all day when I go to a foreign party so you have to speak in English.

What about the food? Can you tell us if you have found many differences between French and Spanish food?

The French food is really good and the same happens with the Spanish, it’s maybe not very different but the different thing is the time – we finish class every day at two, and usually eat in France at like twelve, so I think that’s the hardest thing, you need to get used to the hours when we are at the University. I really like paella and I didn’t know that it was from here, I ate it before but it was quite different but you can eat the best paella here!! I like patatas bravas, and tortillas too.