Home Our Students “Travelling gives you another experience; this is how multiculturalism works”

Zitan Peng, student of the Law and Political Sciences Faculty of the CEU-UCH 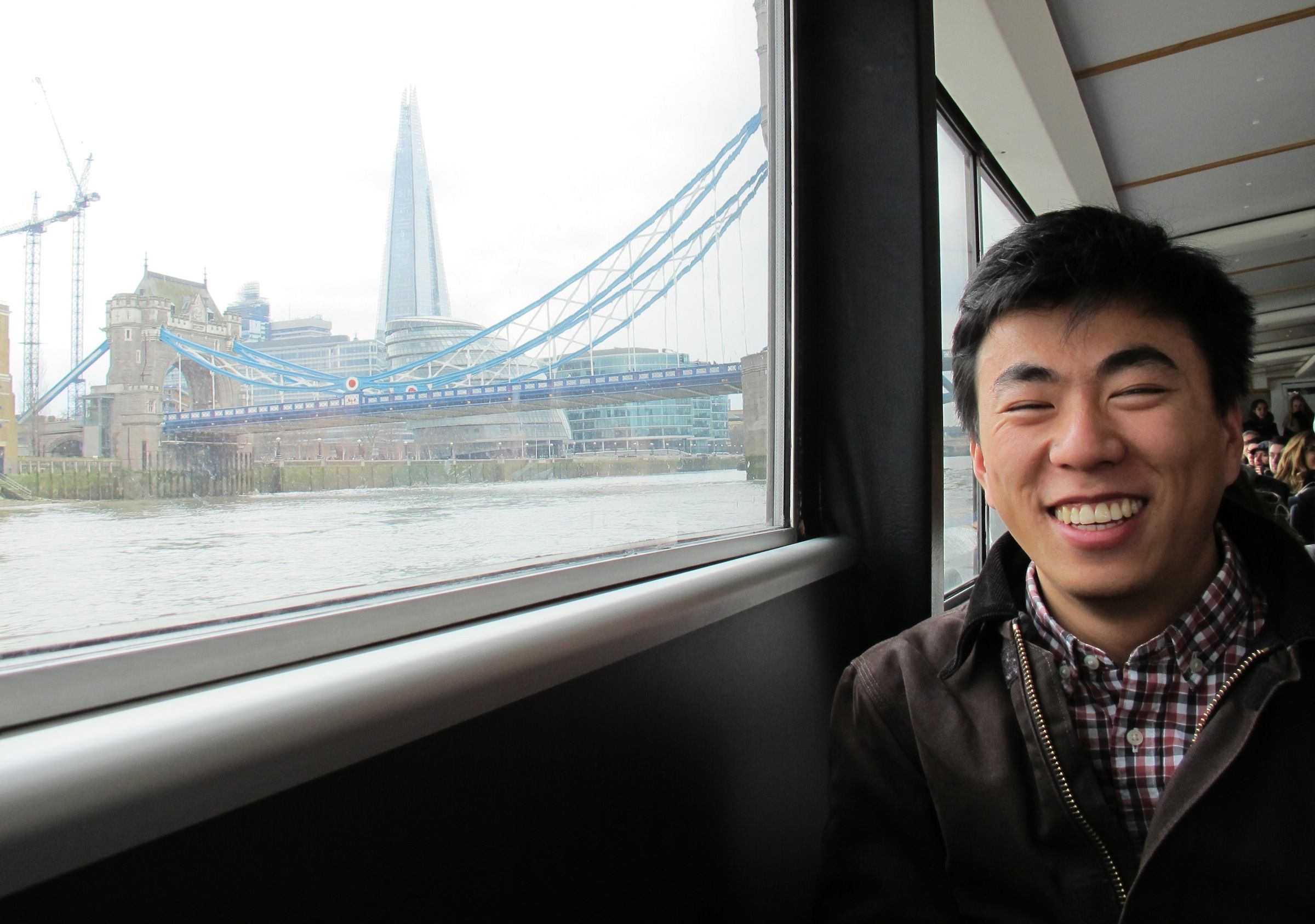 Native of China, Zitan Peng arrived in Spain when he was 10 years old and he is now student of the Law and Political Sciences faculty of the CEU-UCH after one year travelling to New York and London … We met him during a debating competition concerning the Spanish Erasmus scholarships role in our days and he agreed to tell us his story! “Traveling gives you another experience; this is how multiculturalism works and yes, it is wonderful because it allows you to think outside the box”, he says.

Hi Zitan, thank you for sharing your story with us, before all, could you tell us a bit more about you and why you chose the CEU-UCH to study?

Yes, well as I told you I am a Chinese native who came to Valencia at 10 years old and grew up here. After I graduate I decided to go to the UPV (Polytechnic University of Valence) to study Engineering but I did not feel good, more like just another number rather than a student, so I left. Since then I have been traveling for a while, and now I am here, in the CEU-UCH University, studying Law and Political Sciences.

And, to say the truth I am really fine here, it is very welcoming and you can feel that it is different, this is to say that you are not just another number but a real person, there are closer relationships, you can easily know all of you teachers, professors, deans … and it seems that they really care about you !

We met you during a debate concerning internationalization and Erasmus Program Importance, could you tell us a bit more about it? What were you doing here?

Indeed, the debate was about Erasmus Mundus scholarship and the money given to this program while a lot of Spanish are suffering from the crisis and could benefit from this money if the program stops.

So to sum it up, the debate was “Should we stop or continue Erasmus?”
The conclusion of this session was that despite the critical situation in Spain, the country cannot stop giving support to Spanish students who want to go abroad in an Erasmus Scholarship.
Indeed, we found out that if we stop to encourage the future workers of Spain to improve, the country itself would not be improving so we have to continue going hand by hand with them, to help young people to become the international Spanish professional we are expecting for the future. Of course we need to help more those who are currently suffering but we cannot stop supporting our future.

So, you have travelled quite a bit, haven’t you? Can you tell us where and why?

Yes, as I told you before I left the UPV and at that point I did not know what to do with my life, I was quite lost. I thought about learning English because my English was not so good, so I talked to my parents and they said ok and even more because my mother told me to go to New York. At the start I was wondering about the point of all this and spending all this money just to learn a language … but they convinced me that it would offer me the opportunity to learn more than a language but something new …

So I just went to New York for three months, and during the first month, to tell the truth, I was amazed by everything I saw; discovering a lot of different people all enjoying their trip and then, after this first month I started wondering about what would I do in my life.
The response was clear, I did not want to be just another nobody, and I wanted to do something real and good of my life. When I came back from New York, I was already thinking in a different way, like if I had grown up a lot during the trip so I decided not to stay doing anything but to go to London to keep improving my English and learning another accent.
I spent 6 months and a half there, so in total I have been abroad for 10 month and I can say now that I have learnt a lot concerning languages but moreover, concerning myself! 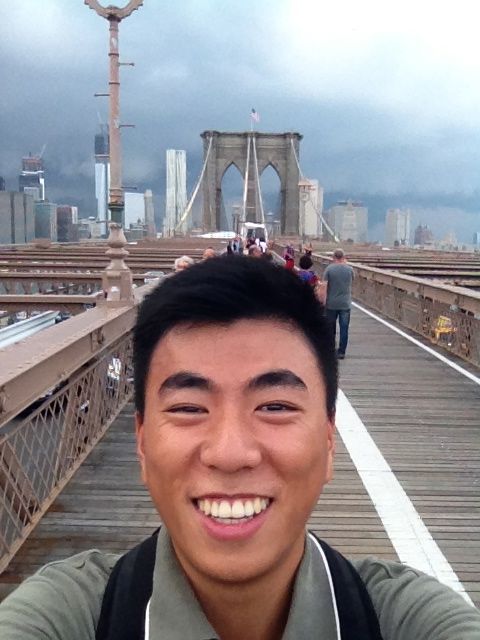 And what did you prefer there? Did you see a lot of differences between these English speaking countries and Spain?

Well, this is a hard question because London and New York are so different and so, hard to compare. But I think that I preferred New York, not for the people but because of the place itself. Indeed, this is not Europe; it is much more different than Spain. Everything is huge and seems like a movie!

Then, for the differences I think that we all know Spain is a touristic country and there are a lot of foreigners but in the USA this is different, we experience directly the total multiculturalism.
This is to say that you can easily meet people from everywhere in the world because you are living in a wide mix of all nationalities. People a really open minded there and meanwhile in other countries people tend to stay more with their own compatriots; in New York everybody seemed to be happy to live together in a very friendly and open minded way of living.
So I never felt alone, but moreover it made me learn another way of living.

So, Zitan, after these trips, would you say that it is important to travel? What does it bring, in your opinion?

I think that it is really good to travel and to paraphrase a friend of mine “travel is the only thing in which you spend money that makes you even richer after”.  So the message I want to transmit is not only travel to study or to learn a language but I think that it is more about personal growing because, yes, travelling allows you to improve yourself a lot.
Everyone I met told me that they found themselves by traveling, that they changed in a good way.

Indeed, traveling gives you another experience, allows you to dive into a culture, to meet people from all over the world… This is multiculturalism and yes, it is wonderful because it allows you to think outside the box.

Just to quote José Ortega y Gasset, a well-known Spanish Philosophe “Yo soy yo y mis experiencias” (I am me and my experiences).

This is just to say that we need experiences, we have to live more and it does not matter if this is a good or a bad thing because I think that every experience makes you grow.

Talking about experiences, what was your best experience there? And your worst?

Clearly, the best experience I had was the people I met … I mean I cannot remember all the city but for sure I remember all the faces, there are friendships that do not have frontiers, I now have friends from South Korea, Saudi Arabia and a lot more. I speak to them quite often on Skype and I feel good because I know that wherever I would go I would have friends there, and it is the same for them.

And for the worst, I think that it has been what I now use to call the two-and-half-month crisis.
Indeed, before this crisis you just enjoy the city, finish all guide books, visit every touristic places but then you start thinking “And now what?” You start missing your city, your friends, your family and of course the incredibly blue Valencian sky. But this homesick crisis only lasts a few days and then you go over it, you are fine again until the five-and-half-month crisis … (laugh) but anyway, that is good!

And now you are in the CEU-UCH University, you told me that it makes you feel closer to professors, students and administration… so would you advice future students to come to this University? Why?

Talking for what I know I can say that they give you opportunity to go abroad yes, but they also help you make things if you are motivated. I mean I have been debating concerning the internationalization and now I can go to Barcelona to continue this debate at the end of the month, we are also, with the Law and Political Sciences faculty, participating in a UN simulation at the end of April. And then if everything goes well, I will go doing an internship in a Spanish Consulate thanks this faculty.

So yes, the CEU-UCH University offers a lot of things as long as you show interest. It is also very welcoming and with an open-minded mentality so yes I recommend it 100% but even if I say so, they just need to come and see it by themselves!

You seem to really like the University, but from what you have seen yet, do you thing that it has enough partnerships? Because we all know that it is a more and more important aspect of the University career nowadays…

Yes, I think the University CEU-UCH has good relation with other Universities and companies.
One more time, to speak about what I know, a couple of weeks ago we had an international week here in the law degree department during which teachers from Polish, German and  other partner Universities came to our class to teach us in other languages.
Then, another time we had this conference with the director of the IONA College of New York that came to explain to us their partnership with the MBA that is waiting for us in the USA once we finish our studies here. And then, all this International Advisory Board helping the University’s internationalization process! With the CEO of Geox as President!!! I think it shows well the relation the CEU-UCH has with foreign companies! 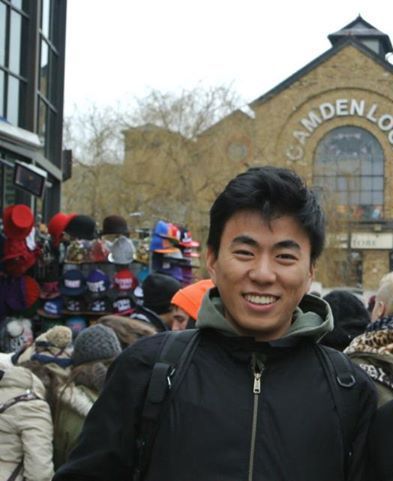