Home Our students Veterinary and Spain, the perfect blend!

To do this interview, we had to meet Edvard on two different days. On the first one, shortly after an episode of -really- heavy rain in November. Maybe that’s why, at some point, he tells us that here in Valencia it rains more than anyone would think. Of course, he comes from Norway and can only think about the sun and the Mediterranean climate. A week later, when we met him again, we asked him about the weather: “Well… we are already in December and have 23 degrees. What more could I ask for?“.

Edvard studies Veterinary. Passionate about animals, he has lived surrounded by them from a very young age. The reasons why he is pursuing a degree in this field? Well, because he wrote a letter to his future self when he was only nine years old.

It really is a nice story, Edvard. Tell us how that “discovery” occurred.

I had been thinking for some years about the path I wanted to undertake. I was attracted by some studies related to Engineering but I also wanted to follow the footsteps of my parents in the field of Psychology. However one day last year, my mother found in a drawer a letter I wrote when I was in school. In that letter I explained why I wanted to become a vet and what kind of vet I wanted to be. It was at that moment that I felt the scales tipped in favour of these studies. And it became very clear to me that I wanted to study Veterinary.

And why did you decide it was Spain the perfect place for you?

I lived in Argentina from age 11 until I was 16, so I speak Spanish fluently. The food and culture here are absolutely incredible and I couldn’t think of a better place to study Veterinary.

“It’s amazing to have access to the animal hospital 24/7!”

Studying in another country is always a challenge. How did you prepare to do it and how have you adapted during these months?

I’ve always been very used to traveling, so it really was not a big problem. Of course everyone feels lonely from time to time, and it takes time to get used to it, but it’s absolutely fantastic! Especially with all the kind and supportive people that I have met in the short time that I have been here and those who, without a doubt, I will be meeting in the upcoming years.

Which specialty areas have caught your attention?

I would love to have a small animal clinic in a remote area in Norway, surrounded by nature. Exotic animals are great too! But above all that, I would like to be able to do some practicals in a place far away, Australia for example.

What advice would you give to a Norwegian student interested in coming to CEU Valencia?

The location is fantastic, the campus is 20 minutes away from the third largest city in Spain. The school has a highly accredited veterinary program that will help me get wherever I want when I graduate. I also like the international environment. Every time I meet someone new from another part of the world, I’m just as surprised as I was the first time. Also, the facilities are really good… It’s amazing that we have access to the animal hospital 24/7 and to the farm, where we can do an internship! 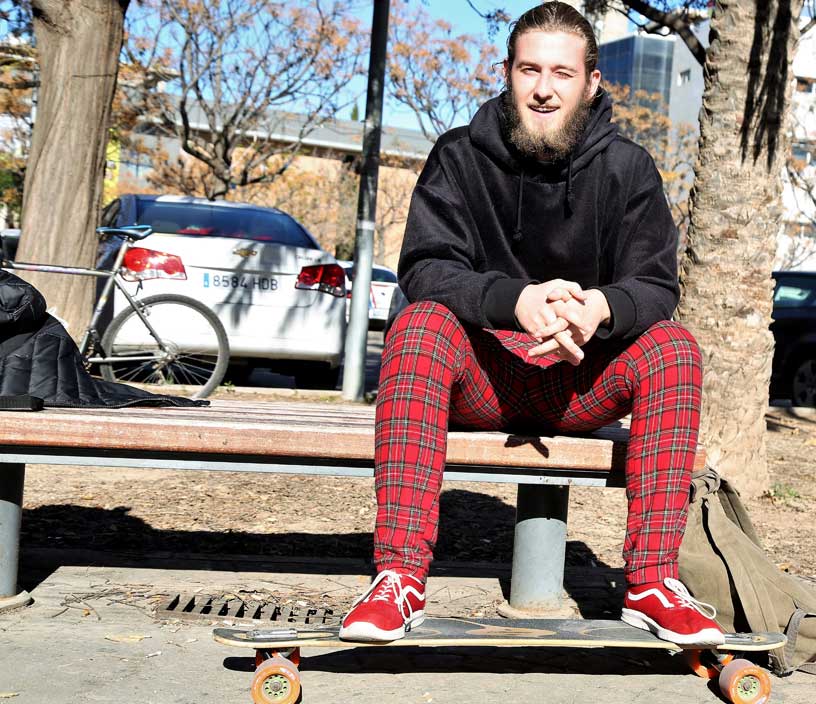 What do you think of Valencia as a university city?

It is absolutely fantastic! A beautiful city. Charming people. Good and cheap food. Incredible parties. Lovely beaches. There is nothing to complain about, apart from the fact that it rains more than one would think. This place is fantastic!

Is our lifestyle much different from the one in your country?

Yes, the paperwork is done perhaps more slowly. However, there is no problem, just a change of pace to which I am already used to. You also have to look across the street many times before crossing… just in case!

A passion that keeps on growing: becoming a vet