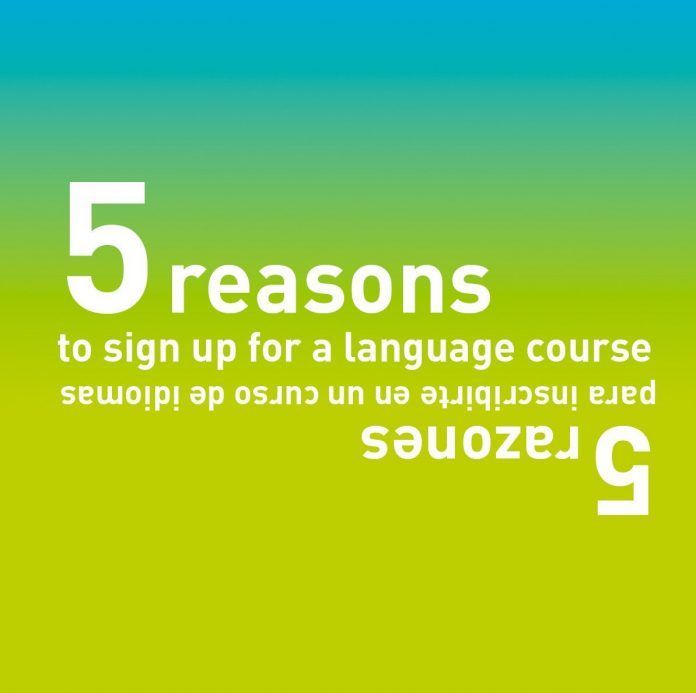 They say that knowledge of languages is the doorway to wisdom, which is as good a reason as there could be! If that’s not enough for you, here are five more reasons to sign up for a language course. 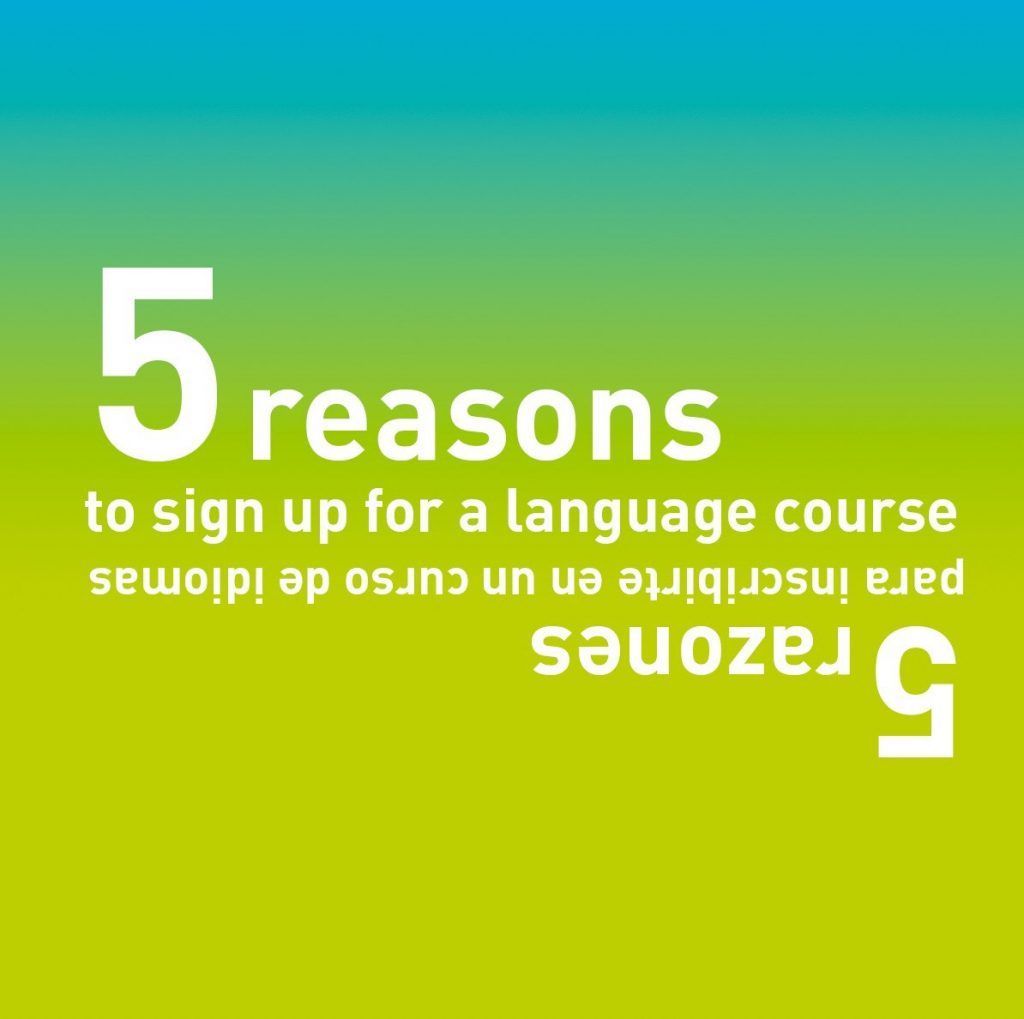 1.You need to demonstrate a B1 level in English or Spanish to graduate

There are all kinds of different people at CEU UCH, studying a wide range of degrees, from Veterinary Medicine to Journalism. Graduation may seem a long way off at the beginning, and there’s certainly a lot of hard work ahead of you, but it’s important for you to know that you will have to demonstrate a minimum level of skill in a second language in order to graduate.

If you are studying a Spanish-only degree, then in order to be able to register for the end-of-degree project, known as the TFG (trabajo de fin de grado), you must demonstrate that you have a B1 level in English.

If you are an international student and are studying in English or French, you’ll need to demonstrate a B1 level in Spanish – in many cases during your second year or at the end of it. You may not be able to continue with your studies if you don’t – it’s important.

For more information on all this, go to the Languages Service’s webpage.

According to Eurostat, the EU statistics agency, only 19% of people in Spain think they are proficient in English – and who knows if they’re all telling the truth! Figures for other languages such as French, German and Chinese are even lower. So, if you speak a foreign language well, you really will stand out from the rest.

If you already speak English, but don’t speak Spanish, you’ve got the perfect opportunity to learn a truly international language spoken by half a billion people. The great advantage you have is that you have the chance to immediately use everything you learn in your Spanish classes. Just get out there and talk – you’ll be amazed how quickly you’ll be able to communicate! The ability to speak Spanish is seen as an excellent asset by multinational companies, government agencies and NGOs, given the fact that Spain is one of the largest countries in the EU, the strong economic development of Latin America and the increasing visibility of Spanish speakers in the United States.

3. It can change your life

It really can! Have you ever thought about what it would be like to live, study or work in a foreign country? In most cases, you’ll need to speak another language to do so. If you speak English, for example, you could do an Erasmus year at a university in the UK or Ireland; or look for employment in an English-speaking country – or in Germany, if you speak German, or Italy, if you speak Italian. Wouldn’t you like to do that?

If you’re an international student, then learning Spanish is the key to becoming fully integrated into your environment – you really will be missing out on so many things that Spain can offer you.

You might be sceptical about whether learning a language can really change your life, but at the Languages Service, we know it can. If you want proof, come and ask the Irish architect what it’s like hearing her daughter speak Valencian; or the British guy about how he met his wife in a Catalan class in Liverpool; or our DELE expert whay the best way to go from Ciudad Real to Valencia is via Edinburgh.

Studies have shown that being bilingual may delay the onset of dementia by up to five years and it has even been found that speakers of more than one language tend to out-perform monolingual speakers in certain verbal and non-verbal tests. Why is this? It seems that speaking another language is a bit like taking your brain to the gym: you’re giving it a strenuous workout every time you switch from one language to another. The more you do this, the better your brain becomes at it and the benefits this exercise brings can be transferred to other areas of life. It’s even thought that the more languages you learn, the more your brain may benefit.

5. You’ll never have a better opportunity to learn another language

One of the things which makes the Universidad CEU Cardenal Herrera stand out is the wide range of nationalities, cultures and languages of its students. A full quarter of the undergraduates are international students, coming from more than 70 different countries.

“So what?” you might say. Well, this means you have the perfect opportunity to meet your mirror image – someone who speaks the language you want to speak and who also wants to speak your language. Why not help each other out? How can you find such a person? You could stop random people in the street, but a more efficient means is to take part in our tándem: a language exchange between Spanish and international students.

This tweet shows a previous tándem event – pop into to the Languages Service or send an email to idiomas@uchceu.es if you’d like to take part in the next tándem!

You’ll notice that the event took place in The HUB 101 – another resource at your disposal. The HUB 101, which is on the first floor of the Luis Campos Górriz Building, is a place for everyone who wants to learn a language – computers to practice language learning, books, games, films, conversation groups, language activities and more. An activity schedule for The HUB 101 is posted every week – check it out! And why not join our Facebook group?

Our full range of language courses on offer this year will be published very soon on the intranet and the Languages Service webpage, where you’ll also find all the finformation you need about what we do! You can also check out the noticeboards outside the Language Service office on the ground floor of the Luis Campos Górriz building – if you’re not sure about anything, come on in! 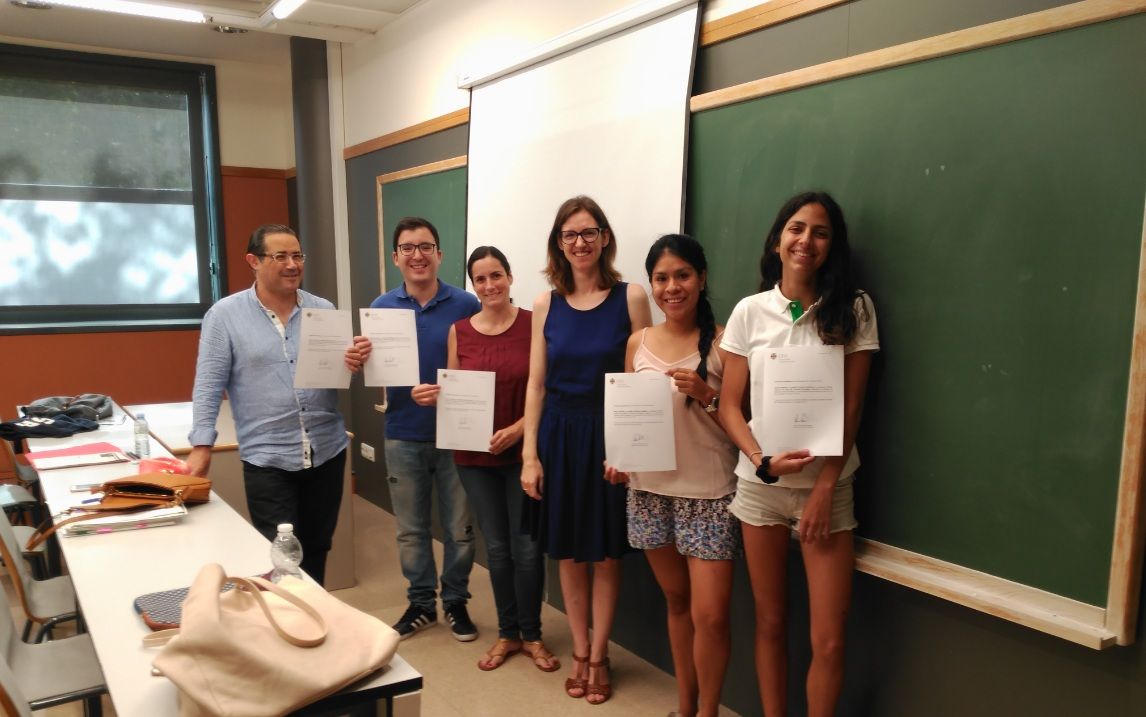