Servicio de Idiomas
Home Experiences Do you know Virginie? Almost definitely if you have been to our...
Facebook
Twitter
Linkedin
Email
Print 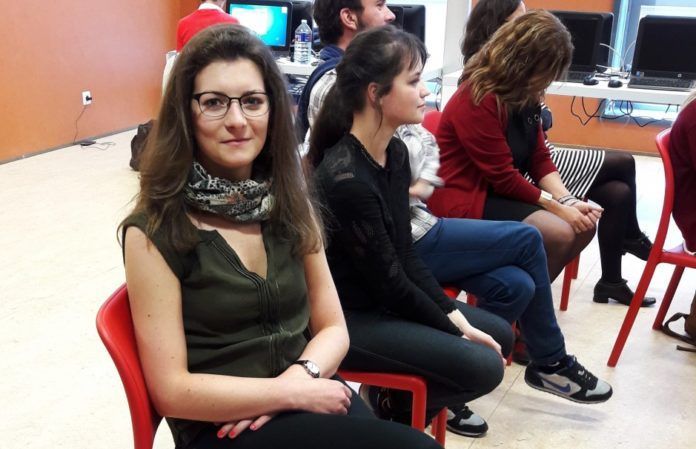 Unfortunately, her stay with us has ended, but before Virginie leaves we wanted to know how she liked her time with us, what she thinks of the university and her colleagues, and her life in Valencia! 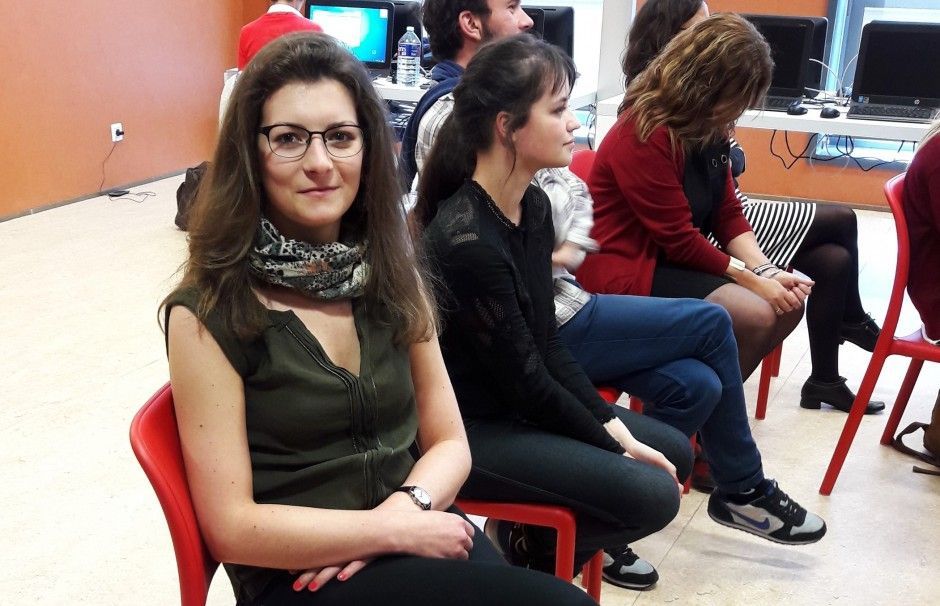 How were the months you spent with us? How did you expect the experience to be and how has your time at CEU ended up?

These months have been perfect. I never imagined it would be possible to work in such a pleasant environment, and the truth is that I thought that it was going to be a lot more stressful, harder and stricter. All the members of the Language Service and the other people that I have met here welcomed me with open arms and made me really enjoy my time at University CEU Cardenal Herrera. As time passed, I felt more comfortable here so by the end it is a pity to return to Belgium, although I miss my family and my friends.

Why did you decide to request your internship abroad at our university? How did you know us?

We were able to choose to carry out the internship in Belgium or abroad, in a country where they spoke the languages that we study. So, it was an opportunity for me to live in Spain, a country that I love, for a few months. We had two possibilities: choosing an establishment where a previous translation student had done their internship, or finding a new establishment to work in for three months. So I started to look for universities in Spain on the internet (I knew I wanted to do my internship in a university and not in a translation company because I really like the academic environment) and I found some that seemed good and that had a language or translation service. University CEU Cardenal Herrera was one of them. And in the end it was one of the few that accepted me, and it did so quicker than the others. And as it had a very good reputation and I hadn’t yet stayed in Valencia, the choice was not difficult.

We know that this was not your first time in Spain because you spent a semester in Cádiz as an Erasmus+ student. What did you like most about Valencia and what do you miss about Cádiz?

I really liked Valencia, due to its culture (the Fallas, the food, the city and its monuments, the weather that is always better than in Belgium) and due to the really kind people that I have met here and who have helped me to improve my Spanish and to make the most of my stay.

What more do you think you could have done during your months here?

You have been lucky enough to come at the right time for inaugurating the HUB 101. What do you think of the project, how has it evolved from its opening to now and what would you change to keep students interested? 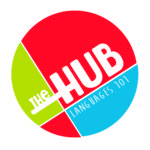 I think that it is a very good initiative because I believe that the skill in foreign languages is fundamental nowadays due to globalisation, which is expanding more and more. Also, many students registered in University CEU Cardenal Herrera are international, and the HUB101 allows them to improve their Spanish in order to integrate themselves better in university life and also in the Spanish society in general. In addition, the activities organised are very interesting for those who really want to improve in any language, either in French, English or Spanish, which I would make use of if I were a student here.

I think that from its opening to today, more people come to HUB101, some of them just out of curiosity. Harry’s films and tutorials in English are probably the most successful. Maybe we would have to increase the number of activities based on English and further promote the films to entice more people.

You have also translated texts to English, French and to Spanish. Is this your first professional experience as a translator or had you already worked as one before

Yes, it is my first professional experience recognised as a translator. I had already done some translations before but they were only for friends or restaurants in my city in Belgium that were looking for someone to translate their menus, but nothing more.

How would you value your relationship with the other member of the Languages Service?

From the start of my stay they were very nice and helpful, and it was a real pleasure getting to know them. I think that I was very lucky to be able to do my internship here in the Languages Service.

What do you think you have gained from all this time in our institution?

From a professional point of view, I have gained experience as it has been a unique professional opportunity, and I now feel more confident with regards to my skills for working as a translator, as before I was a little insecure, and I have also improved my Spanish. And from a personal point of view, I have gained a lot thanks to the people I have met, the new aspect of the Spanish culture that I have discovered, and the experiences that I have gone through. It has been a truly enriching experience on all levels. I wish I could have stayed longer.

I would like to take these last words before leaving Valencia to thank all the people I met here, who have made these three months of compulsory internship very memorable and pleasant. I hope to be able to come back soon to do other internships that will certainly be as good as the first.