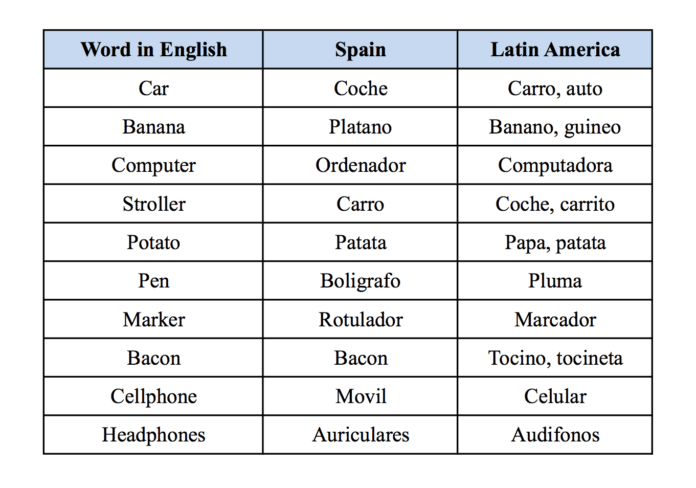 Spanish is the main language of Spain, but also of many other countries, especially in Latin America, where 375 million people speak it. Being this the largest region in the world where Spanish is spoken, even more than in Spain!

After the Spanish colonization of the Americas, Spanish, within other languages as English, French, and Portuguese, was settled as one of the main languages of the continent. Nowadays it is the official language of 19 American countries.

Spanish is a complex language, with many accent and grammar differences. You can think that having a common language between many countries makes things easier, in fact it does, but sometimes the small differences can cause confusions and misunderstandings. In each country there are different words used for the same thing. Here are some of them: 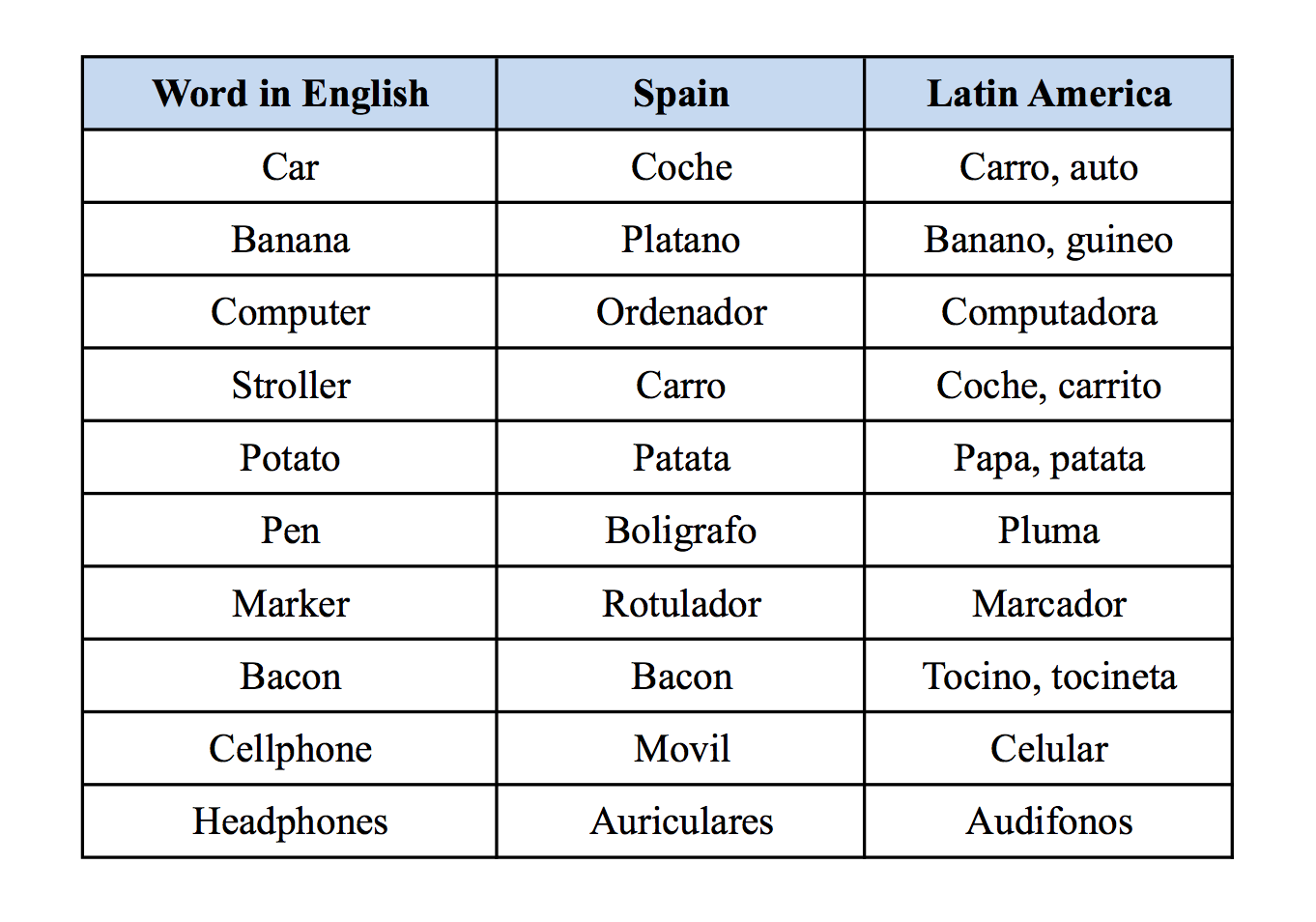 One of the funniest different words in Spanish is popcorn. In Spain and Mexico it is called palomita, in Argentina and Paraguay is pororó, in Ecuador canguil, and in Venezuela cotufa. Differences go further than just the language. Cultures are very different. Although latin American countries don’t have many differences between them, this changes when compared to Spain. One of the things that impressed me the most was the driving culture. Spain is one the countries with the best driving culture. If you are a biker or a pedestrian you’ll find you’ll always have road preference over cars, while in other countries, including European and Latin American countries, the crosswalk lines seem to be just painted on the street.

Another thing that impressed me when I first came to Spain was how easy and affordable it was to move inside the country and out of it. For example, in Ecuador if you want to move from the capital Quito to another city, for instance Guayaquil, you’ll need to take a 40-minute flight that can cost up to 100 dollars (90 euros), while in Spain you can go from Valencia to Madrid by trains starting at 29 euros or by shared cars starting at 17 euros, or why not to another country in a low-cost airline. Although the plane ticket prices I think the best way to discover Ecuador would be ‘road tripping’. Going from the Amazon jungle, passing through the Andes volcanoes, finishing at the Pacific Coast beaches can take less than a day, which is nothing considering you’ll feel like being in 3 different countries in one.

In conclusion, Latin American countries share many things but each one of them has it’s own culture and history that is fascinating and may seem to be similar, but that’s just because they all have been strongly influenced by Spanish, Portuguese, and Italian cultures.