Home Our Students Our friend Gal: student of Dentistry, craftsman and citizen of the world!

A few months ago we met Gal Hiltch, native to Israel and current student of Dentistry at our university. 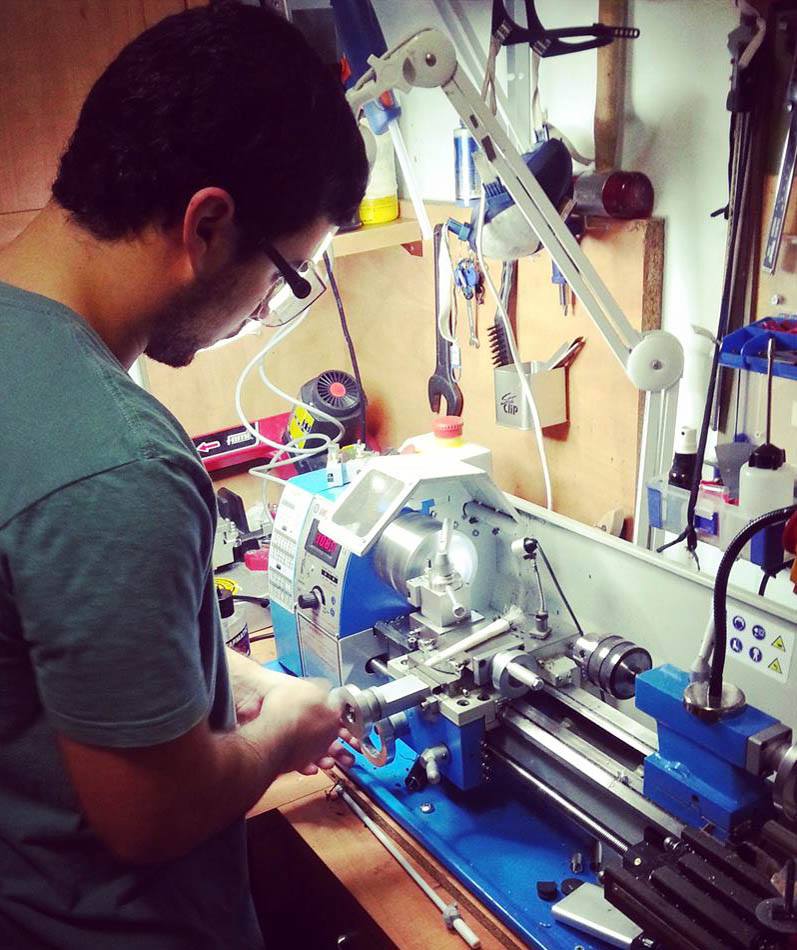 But if you think that all Gal does is studying and preparing for his numerous academic projects, you are wrong: not only does Gal want to become a dentist, but he also enjoys creating objets: from Irish whistles to pens, bicycles and all sorts of mechanical devices.

In the near future, his fellow classmates will have the chance to work with some of his workpieces.

“So some people know that in addition of being a Dentistry student at University CEU Cardenal Herrera, I have a deep passion for combining art and mechanics – building Irish flutes, antique mechanical mechanisms, and making devices. While taking the practical course of Dental biomaterials this year I’ve enjoyed sharing ideas and thoughts with Professor Salvatore Sauro, a talented world-class researcher, and one of my best teachers as well.

During a mechanical measurement we carried out at the practicals, he told me about the need of using a mechanical device that would clamp the machines used in the practical, and would make it easier to obtain the measurements while making them more accurate. Two days after the lab, a prototype had already been sketched and later a prototype had been grossly assembled. During the summer vacation, I had the chance to return to my workshop and improve the design. The end result is seen in front of you – two devices combing mechanics and art, that would be used for the good of the students in the course.”

Of course, Gal uses his talent for mechanics for other less academic purposes. This summer, he sent us a couple of photographs of other objects he was working on while experimenting with wood – African blackwood to be more precise.

Well Gal, we do not know much about mechanics, but we do know that those look fabulous. We are really looking forward to knowing more about your future projects, we are sure you are already full of ideas!