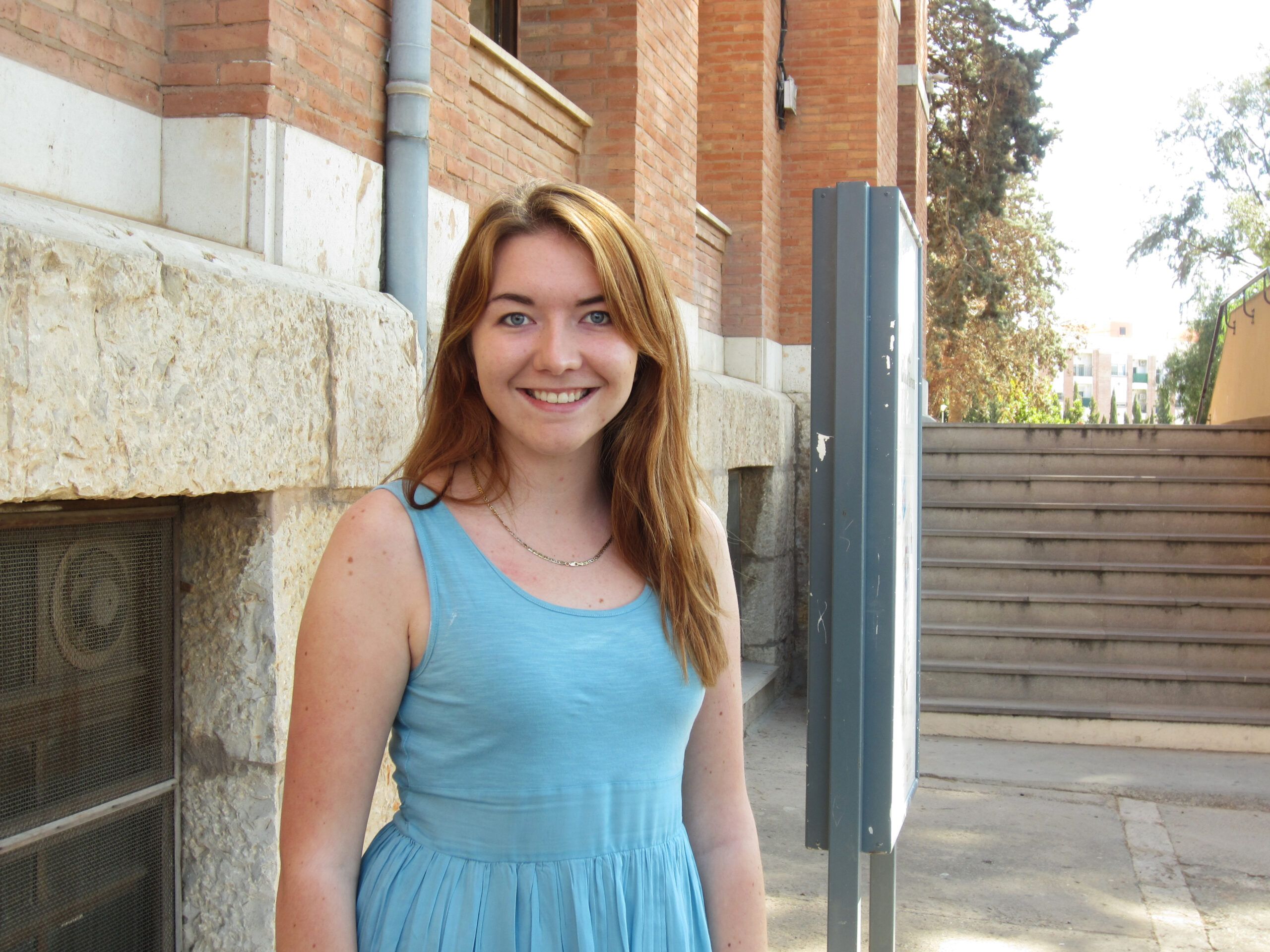 Sophie Baldwin is a 19-year-old, Medicine student at CEU-UCH, who comes from Birmingham, England.
She has already spent 4 months here in the CEU-UCH and she is more than ready for the next 5 years and a half.

Hello Sophie, to start this Interview, could you tell us why you chose to study here in Spain and at the CEU?

Well, I ended my A level last year, and then I knew I really wanted to study Pharmacology so I applied for a Pharmacology career in Bristol.
But then, I had the opportunity to go on a one-month working trip, as a volunteer, in a Hospital in Tanzania and it had been a sort of revelation to me…
Indeed this is one of my best memories because I got the opportunity to do so many things such as surgery, laboratory practice, labor section, or even to be part of the pediatric world and a lot more such as being in charge of new born babies, HIV cases… and I loved it!
So I realized that I did not want to work in pharmacology anymore but that I wanted to be a doctor.
Back to Birmingham I started to look for a medicine grade in England but everyone was saying the same, you would not have any chance …
So I started my Pharmacology grade in Bristol, but two week later I left it because I was now sure that this grade was not for me.
Planning on my year, wondering where to go travelling I saw an advertisement for the CEU-UCH University in the Star Future’s newspaper and I stepped in. (Star future is one of the numerous CEU-UCH’s international partners).

At start I thought it would be good for the following year, but they (the University and the company) managed everything so that I can get in this year even three weeks after the official start.
So yes, I did not really choose to go to Spain or even to go to CEU-UCH, but clearly, its academic program, its sunniest location and the possibility to study Medicine in one of the greatest Spanish university for Medicine make me want to come here even if I was not speaking Spanish at all!

And wasn’t it too hard to settle here meanwhile classes had started three weeks before your arrival?

Well, honestly yes, I mean it had been a bit over rushed for me because I have never been there before; I just came with no previous time to organize myself so I had to find a flat, to manage all administration paperwork and to adapt myself to this particular rhythm of living.
But actually this has been way easier than what I thought; I found a very cheap flat in Moncada, 5 times cheaper than what you can find in England, and 5 minutes walking from the University.

Then, for sure, I didn’t meet all the other international students in the activities organized by the University at the beginning of the year because I came later on but it doesn’t really matter because I met everyone in my class, all are Spanish except a girl from Sweden. Everybody was really nice to me and very welcoming by the way, they invited me to so many parties and events, sharing their culture with me with great pleasure!

So yes, I didn’t meet any English, but I don’t care, I love to get really immerged into the country’s culture and it gave me the best opportunity to learn Spanish because I had no other choices.

So, you mean that the Spanish learning and understanding might have been the only tough things since you are here?

Yes, I could say so but in fact I didn’t get so many problems!
For sure, here in Moncada, the vast majority of the population does not speak English at all but it goes better in the center of Valencia and in the University.
But anyway, people are so helpful and welcoming that they help you as much as they can.
Moreover, as long as they discover that you are an English speaker, they try to speak to you in English to improve their language skill, so yes it had been very easy and funny at the same time. 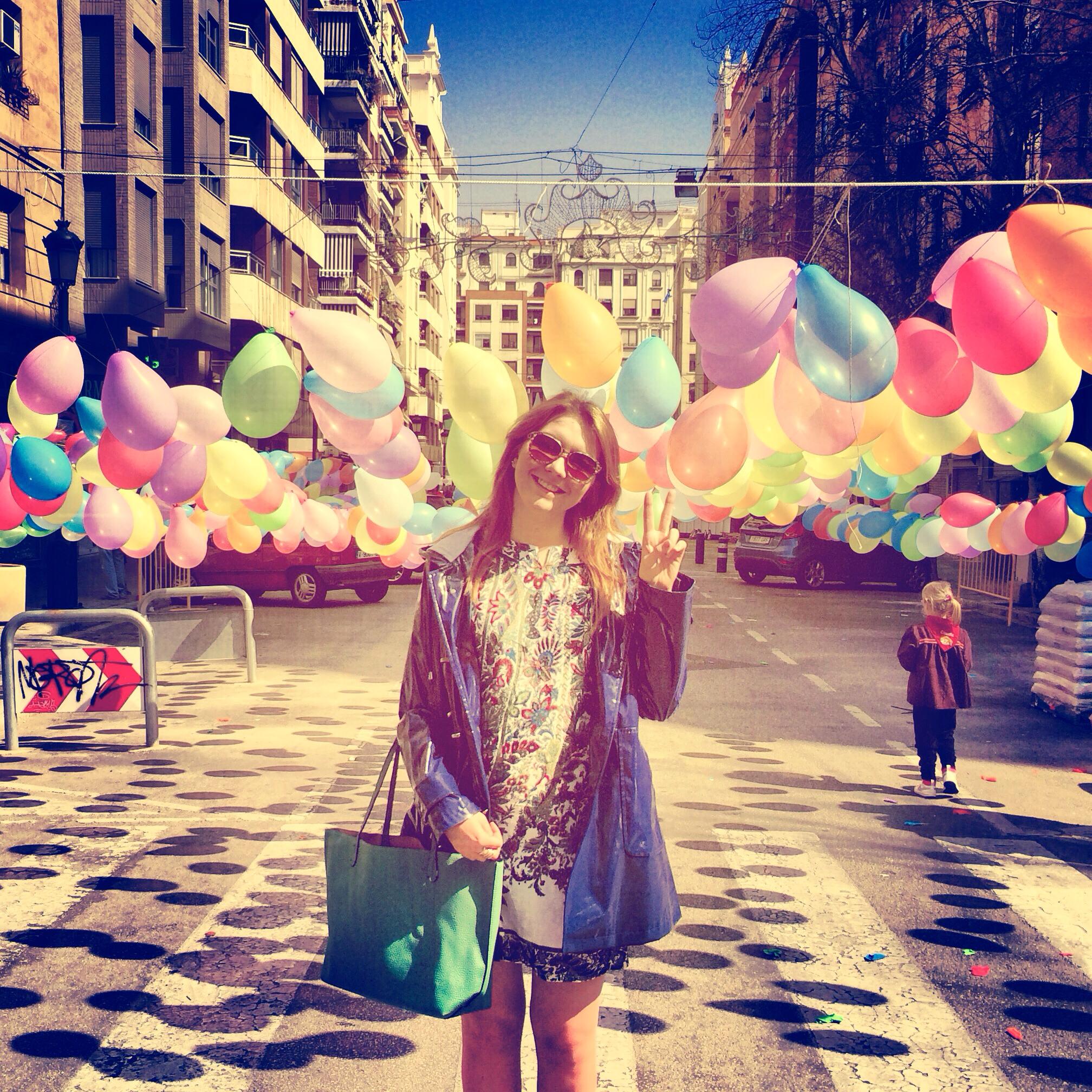 Do you think that it is different to live here and in England? For example for what concerns people’s way of living?

In many ways yes, for sure the weather is probably the most shocking difference, I mean it is sunny all the time here and it changes a lot the way you are spending your days.
Then, for the way of living in itself, it is sure that it changes a lot, in England for example people are busier, and it seems that they have less time to spend in everything except work meanwhile here people are way more relaxed.
For sure, and for what I have seen, people here seem to be generally more open-minded, welcoming and ready to help you, for example with the Spanish language.

And for what concerns the University? Is there a big difference between studying here and in England? Does the University fulfill as well your expectations?

Well, first of all, I think that this is really different to study here and in England.
For sure, in England we have also very good Universities that offer a High level of competency and a lot of other things for the students.

But here, even with a really High level of competency, there is this relaxed ambiance that changes everything.
I mean, now I realized that I probably would not have been able to complete the Medicine grade in Bristol… not because the academic level was higher but because Medicine is a stressful career. Indeed, here, even if you work and learn all day long, the general ambiance of the city and the University helps you a lot supporting pressure, being more relax and so more efficient in your studies.

Moreover, I think that here you can have a more privileged relationship with your classmates, Professors and Deans.
Indeed, this could be, as I said, because people are very welcoming, but this is also because we are working in much smaller groups.
For example I remember that in the Bristol University, I went to a practical session and we were like 120 in one laboratory whereas here we are maximum 15 during each practical session. So, yes, it changes many things because you participate a lot more.

Okay, and from what you have seen during these 4 months here, do the University and the Medicine Degree fulfill your expectations?

As I told you, the beginning of this academic year has been sort of a rush so I think that I wasn’t expecting anything in particular. Then, during the face-to-face Interview that I got in London, the Dean, the secretary and other members of the University explained to me what would this Medicine Degree be, how would the University work for me and gave me other information…
And I think that actually it is even better than what they told me so I yes I’m glad I chose this University and this city!

Indeed, I mean they bring us to some seminars, workshops and conferences in order for us to get a more practical point of view even if hospital internships start only during the third year.

So, you would say that you are happy with your choice, with Spain and with your studies? Nothing wrong for the moment?

No, everything is just fine, I love the city and its ambiance and I really like the Medicine Degree. I have been living here for only four months and I have seen so few things of the city; I have not even seen the beach or the Oceanographic … (Laugh) but I think I can say, without fear of error, that my whole stay here will be amazing!

If you could describe your stay with one word or expression, what would it be?
… …  Inspiring!! 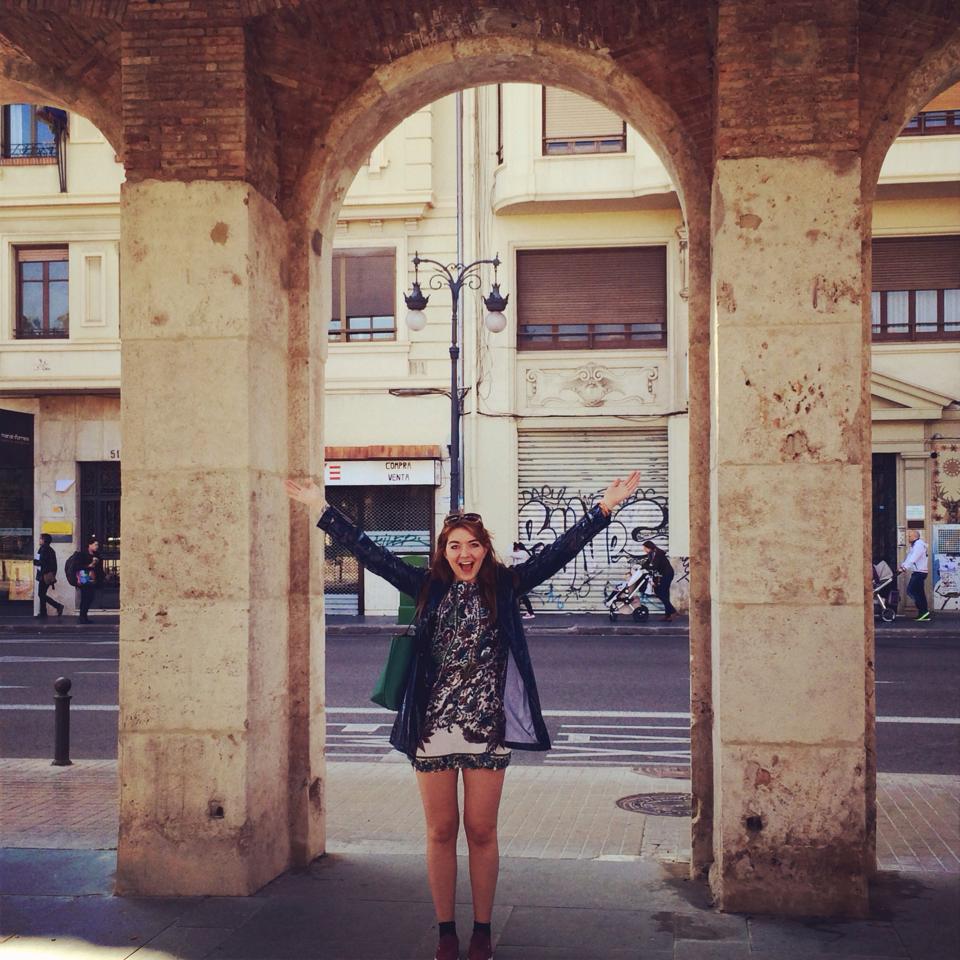 Do you have any advice to give our future students before this interview ends?

My best advice for future students would be to just completely dive into the Spanish culture, to spend all your time with Spanish people who will welcome you as friend and would be glad to share typical Spanish activities with you and, even if it is easy to say so, do not stay only with international students so that you will become more “Spanish”!

Thank you for everything Sophie, do you want to add something else to end this?

Yes, just to remember that when I came here I didn´t speak any Spanish so I came to free Spanish Lessons organized by the University and through this I got the opportunity to teach English to primary school students and to an eleven-year-old kid, this is so entertaining!
This is just to say that being a native English speaker here in Valencia can bring you a lot of good things as long as you take a step in this Spanish life and you seize opportunities!

Working while studying Medicine: a superhuman feat or a matter of time management?