Home Our lecturers Sustainability on the horizon: the ‘new normal’ of the future

Santiago Vega García is Professor of Animal Health at the CEU Cardenal Herrera University. We met him to chat about animal husbandry, grazing and antibiotic resistance, but, most importantly, Santiago asks us to reflect on the importance of sustainability and equality between regions. The ‘new normal’ that many of us are desperate to see will provide us with an opportunity to live in harmony with nature and to take care of our planet. It’s up to us to grasp it. 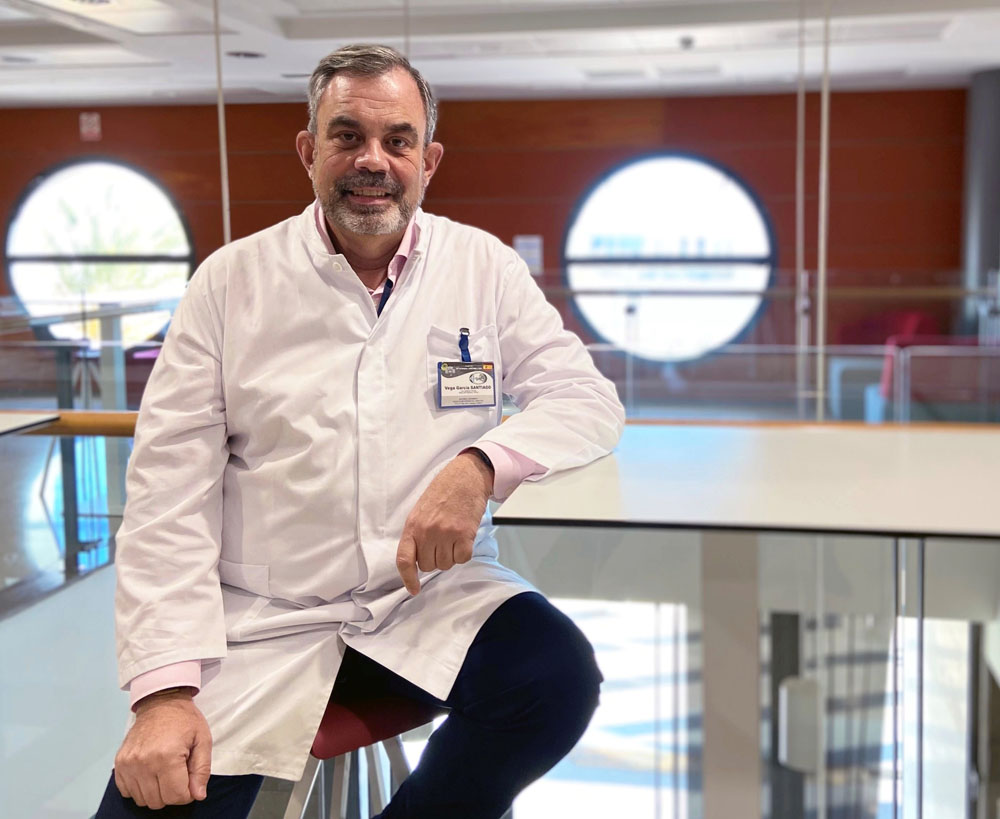 In recent times, livestock farming has been the focus of criticism due to the amount of methane that ruminants, such as cows, produce. Is this criticism fair?

To answer, I’d like to invite to you to think about something. During the months we spent in lockdown, the cows were still out there in the countryside, as were all the other animals present on farms. However, during that period, we also saw historic drops in the amount of greenhouse gases in the air, especially in urban areas. So, maybe the problem is not just livestock farming, but also all the cars, planes and industrial activity.

And then, during the lockdown, we changed some of our habits and we saw an increase in some of them, such as online shopping. According to the company’s own data, Amazon’s carbon footprint in 2018 was 44.4 million tonnes of carbon dioxide (CO2). That’s bigger than that of nine of the twenty-seven countries which make up the EU. I think this is quite a big clue as to where one of the biggest sources of pollution on our planet is located. 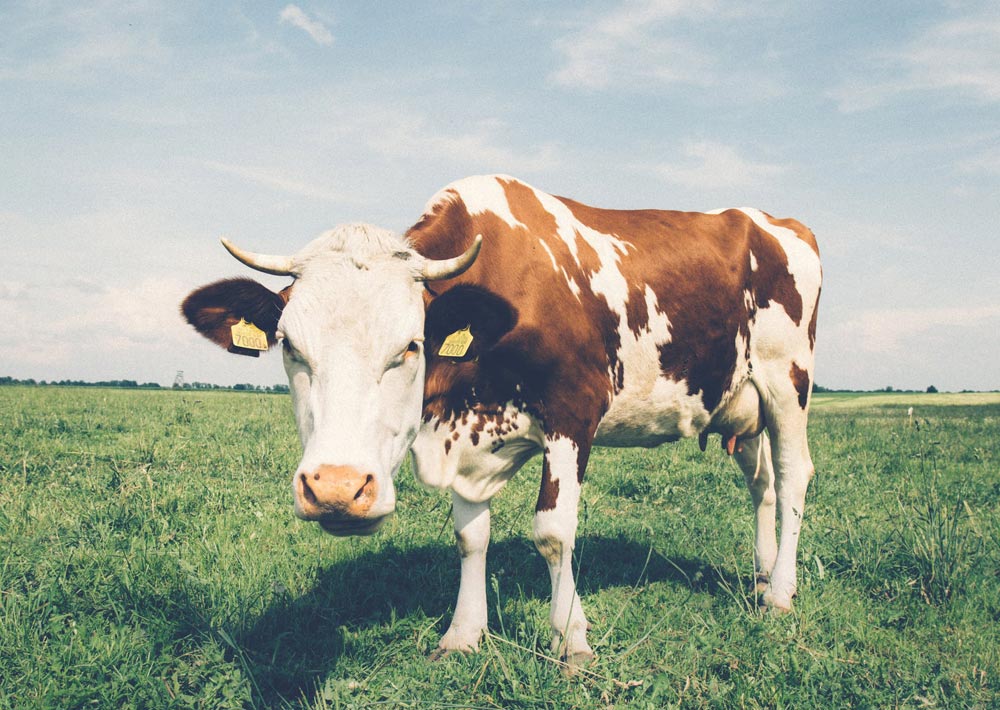 There are around eight billion people on the planet. By 2050, according to the estimates of the Food and Agriculture Organization of the United Nations (FAO), there’ll be ten billion of us. This means that we have to increase the production of protein by more than 70% to feed that amount of people. If we unfairly stigmatize livestock farming and turn away from it, then in thirty years’ time, we’re not going to be able to feed the world’s population. It’s true that you can get plant-based proteins, but then how many forests are we going to have to cut down to find the land to sow corn, soya, etc.?

“If we unfairly stigmatize livestock farming and turn away from it, then in thirty years’ time, we’re not going to be able to feed the world’s population”

The COVID-19 crisis has really shown the consequences of the loss of biodiversity and how much we need the natural world.

99% of the pandemics that mankind has experienced took place of the 20th century and the beginning of the 21st century, and a large number of them have been caused by viruses. The viruses that caused them are not new and they’ve been on the planet for much longer than we have. We’ve found evidence of viruses from around 300 million years ago, whereas Homo sapiens have only been around for between 800,000 and 100,000 years. The difference now is that we’re breaking the barriers of biodiversity, which were the dams holding back these viruses and other pathogens.

We break down the barriers of biodiversity when we interact with animals that we haven’t really interacted with before, when we eat wild animals, when we cut down trees… The coronavirus may have come from a bat, but it was human activity that invaded their habitat and spread it from there.

“We’re breaking the barriers of biodiversity, which were the dams holding back these viruses and other pathogens”

We’re at a critical juncture and, in some ways, this coronavirus may have made us wake up. It’s stopped the world and has placed us back at the starting gate again. Maybe we should see this situation as an opportunity to start from scratch. If we’re clever, we won’t repeat these mistakes. Now a climate emergency has been declared. According to the United Nations, if we don’t change the prevailing dynamic, in a few years the deterioration of the planet will be irreversible.

In the words of Harrison Ford, “nature doesn’t need people, people need nature”. So, we need to find a balance with nature. We’re suffering a worldwide pandemic caused by the way in which we were living. And we all want to go back to “normal” and yet that was what triggered this situation. So, we’ll have to find a “new normal”. We have to start thinking that we can’t live the high life, that natural resources are not unlimited and that our planet cannot replace these resources at the rate at which we are currently consuming them.

“We’re at a critical juncture and, in some ways, this coronavirus may have made us wake up”

Concepts such as “One Health” are the key to create the “new normal” that we need. People, animals and the environment are three legs of the same table. If one of them breaks, the table falls over. The reason for that is that these three elements are in close contact and in a very close relationship with one another.

How important is sustainability for the situation we’re now faced with?

Sustainability is about reducing inequality between different regions of the planet. In 1987, the Brundtland Commission, established by the UN, defined sustainable development or sustainability as: “development that meets the needs of the present without compromising the ability of future generations to meet their own needs”.

And whether we believe it or not, that’s something that affects all of us. For example, it’s possible that the vaccine against COVID-19 will not reach many countries in Africa, South America, Asia and so, even if we stop the spread of the virus in the First World, it’ll still be with us on this planet. It’ll spread among the inhabitants of the Third World, it’ll change, mutate and move back as a new virus into those places where the population has received the vaccination. So, equality between regions and sustainability are essential.

Antibiotic resistance is another of the great challenges which we will soon have to face. How have we arrived at this point?

The veterinary use of antibiotics used to represent 73% of the total use of them worldwide. They were used not to cure diseased animals but to prevent the appearance of disease. Low doses were employed, leading to the emergence of resistant strains to these antibiotics. When we wanted to use them to cure illness, they no longer worked. 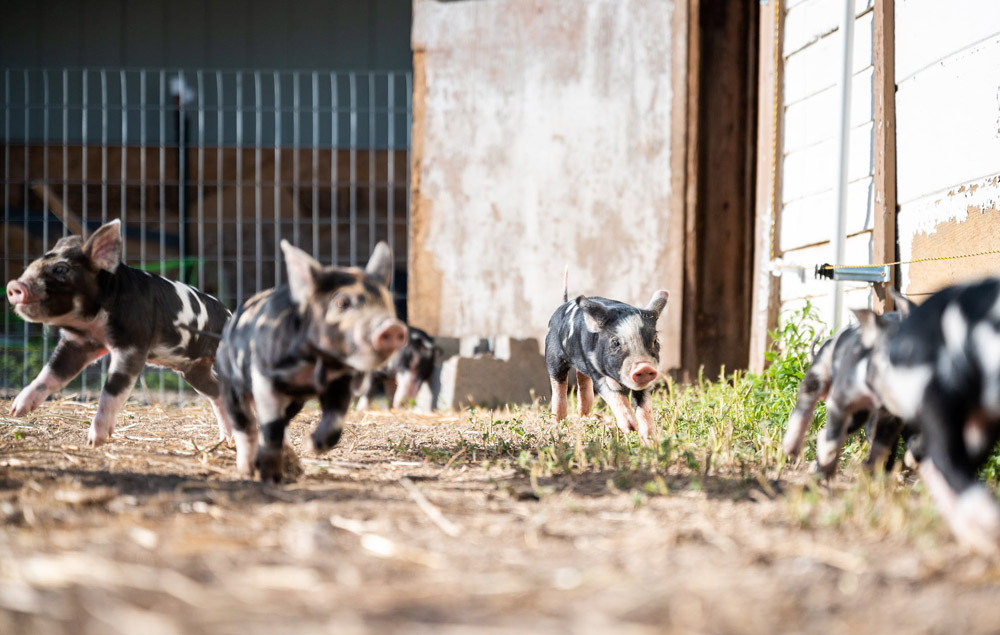 “By 2050, if we don’t reduce the use of antibiotics, ten million people a year may die due to antimicrobial resistance”

However, in poor countries, the situation is different. They need to produce protein, and the cheapest way to do that is by using antibiotics. So, these poorest areas of Africa and Asia are the biggest sources of antibiotic resistance at the moment.

For this issue, sustainability and, consequently, equality between regions are again vitally important. By 2050, if we don’t reduce the use of antibiotics, ten million people a year may die due to antimicrobial resistance. This would be a higher rate of mortality than that caused by cancer or traffic accidents.

What effect does the farming of grazing animals have on climate change?

Previously, herds would be fed on whatever pasture was available on the ground. They fed on bushes and brush and kept areas clear of such plant growth. And it was the same for the people living in the countryside, as they would forage for firewood for their homes.

“The practice of grazing lessens the likelihood of forest fires”

Now, we all have natural gas or electricity in our homes, and the amount of farming with grazing animals has declined. So, there’s now more brush and thickets and this increases the risk of fire. So, now, as soon as you have a spark, everything burns much more easily. The practice of grazing lessens the likelihood of forest fires. The conservation of forests and the preservation of biodiversity is very important for the prevention of fires. 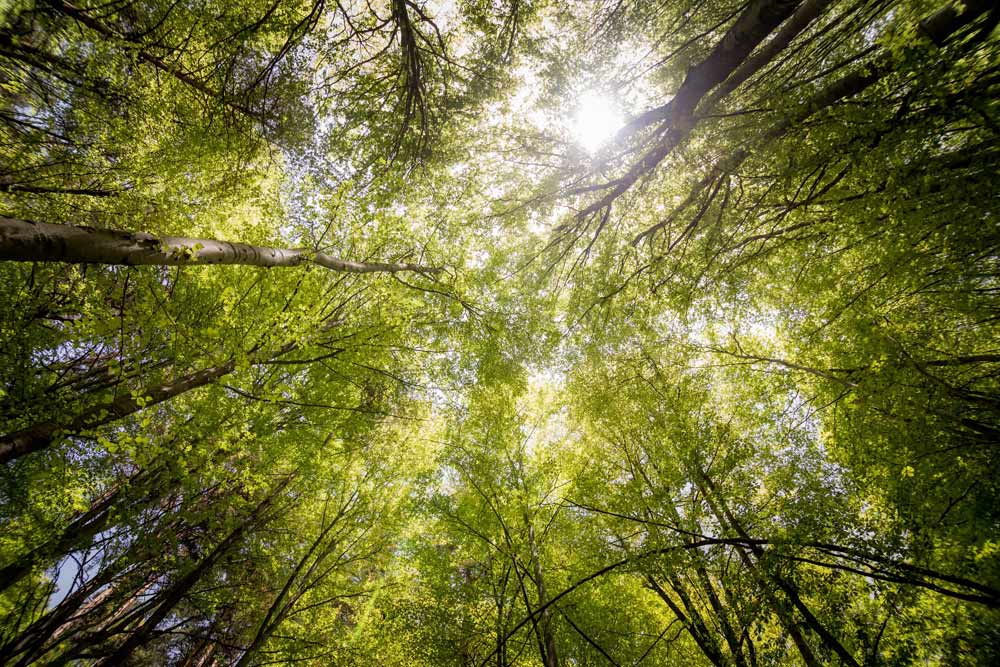 Why do we need forests?

Every year, seven million people die of respiratory diseases related to pollution in our cities. That’s why it’s so important to protect the quality of the air we breathe. If we think of the planet as a body, the rainforests, such as those in the Amazon or Congo basins, are its lungs. Via photosynthesis, forests capture carbon from the atmosphere, trapping it in biomass and purifying the air we breathe. It’s essential that we protect forests because their capacity to retain carbon dioxide has already been exceeded.

“If we think of the planet as a body, the rainforests, such as those in the Amazon or Congo basins, are its lungs”

Gonzalo Giner, in his book La bruma verde, tells us that in the Congo basin, the second biggest tropical rainforest in the world after the Amazon, countries such as China are now exploiting an area which is two and a half times the size of the Iberian Peninsula. Illegal logging is taking place there and then the area cleared is used to grow crops. This is gravely damaging one of these planetary lungs.

Do you think we need to change our food model to tackle climate change?

We need to adjust the amount of food we use to fit our needs. There’s no need to waste food, which is what we’re doing. What food waste means is that we’re producing more food than we need and, therefore, more pollution. So, if we can adjust our diet to fit what we really need, we’ll be really helping in the fight against climate change. 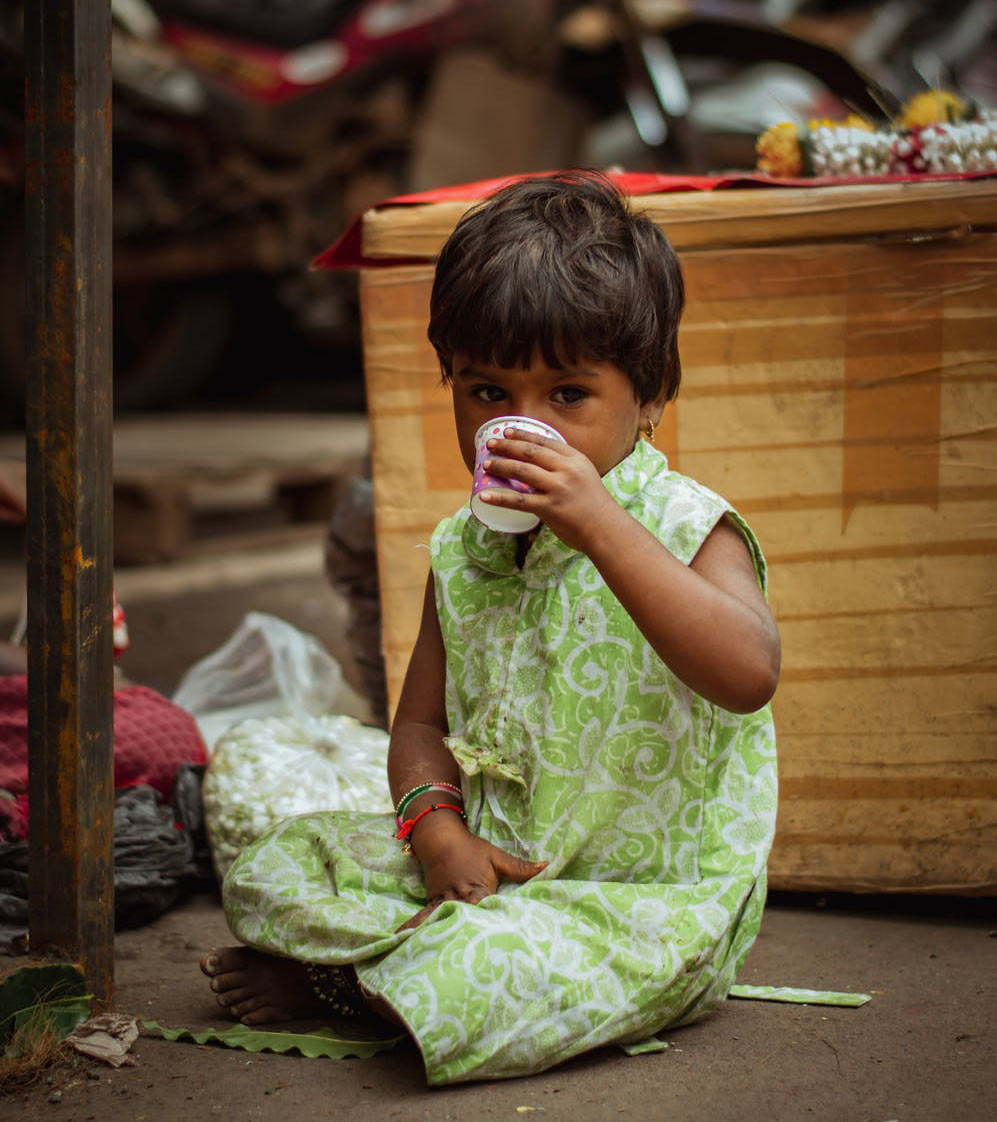 And we’ll also be contributing to ending global hunger. It’s not widely known that 45% of the fruit and vegetables harvested across the world are wasted. That’s the equivalent of something like 3.7 billion apples. 30% of cereals produced are also wasted, or 763 billion packets of pasta, and of the 263 million tonnes of meat produced worldwide, 20% is wasted, which is the equivalent of 75 million cows. Isn’t that amazing?

“If we can adjust our diet to fit what we really need, we’ll be really helping in the fight against climate change”

In total, according to the FAO, 1.3 billion tonnes of food produced for human consumption is wasted, a third of the total.

This waste occurs across all the processes of production, agriculture, processing, distribution and consumption. In other words, farmers, companies, restaurants and consumers all bear responsibility for the extraordinary amount of food which is thrown away. And all of this is happening while 821 million people around the world are going hungry. To simplify, this means that one in nine people suffer from food insecurity and yet we produce more than enough food for everyone.

To finish, what are the great sustainability challenges ahead of us? 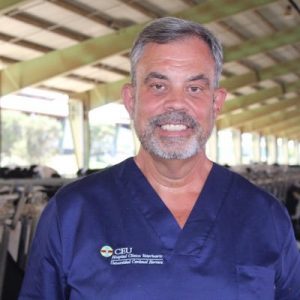 One of the main challenges we’re going to be faced with is the increase in population over the next few years. We have to think about how we are going to feed these people.

Another important issue is the need to research and innovate to find sustainable solutions, solutions which don’t further damage the planet.

And, last but not least, we need to communicate, to make sure people know about all this. We need to raise awareness of the concept of One Health and journalists and the media have a very important role to play in that respect.

“Communication is the key to winning people over”

“Our veterinary graduates are ready for a career in any area.”