Home Proyecta Creativity and Innovation at the Audiovisual Production Centre

In this interview professor Gemma Sanchis Roca talks to us about the CEU UCH´s wonderful Audiovisual Production Centre:

What sort of equipment and facilities can be found in the photography zone of the Audiovisual Production Centre? What special effects do they enable students to create with them?

In the photography zone of the centre, there is a photography studio, with special lighting equipment, including continuous studio lighting and flashlights as well as cameras.

There are digital single lens reflex cameras (DSLR) for taking photographs but we also have DSLR camcorders to record videos, most of them are Canon cameras, Canon 500 or 600, Canon 5D, 6D, which are good cameras that allow you to take professional pictures as well as record videos with a cinematic feel, as there are a variety of camera optics, that you can change and play around with to create some really cool effects.

What´s more there´s also a plate camera in the studio, with a digital camera back, which allows you to take large scale pictures, like the ones that are used to take photographs for advertising. Then there is also the digital processing zone, where you can find the computers for the Photoshop programme that is used for digital editing and the developing t lab for both colour and black and white pictures. 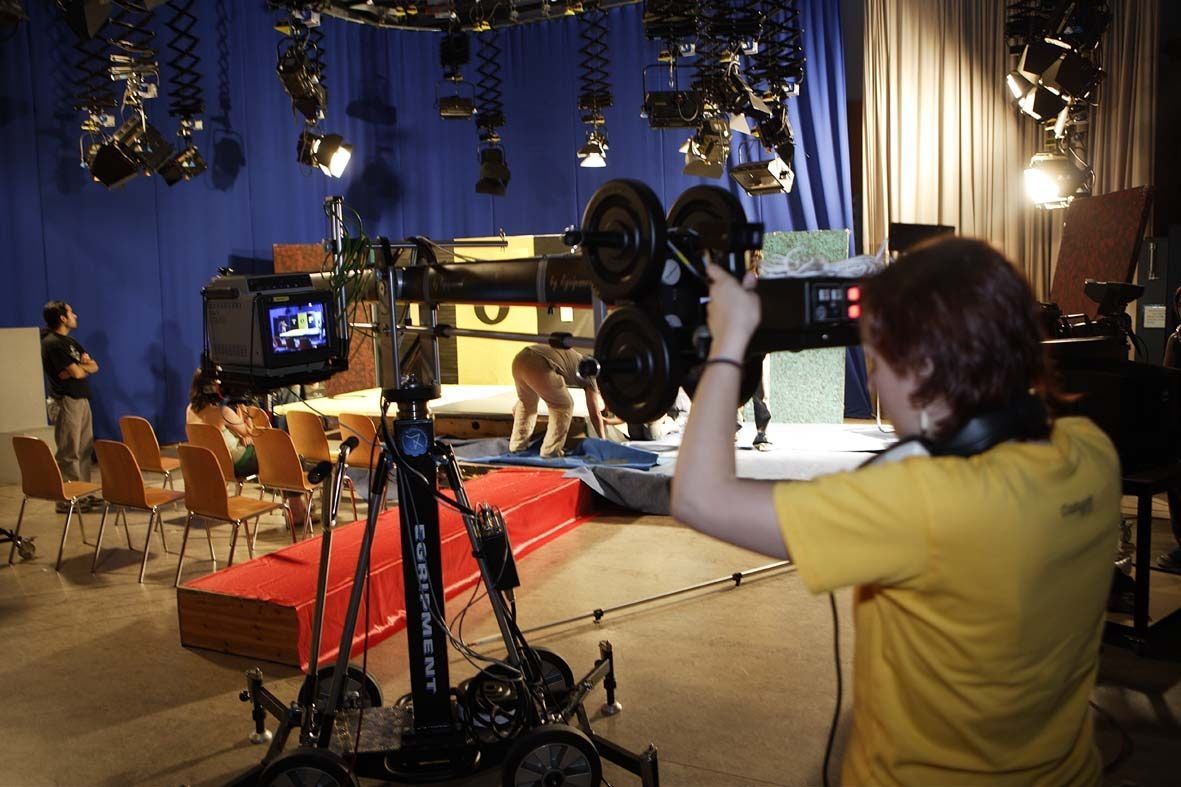 One of the television studios of the Audiovisual Production Centre

Many students are unaware that the university has its own radio station, Radio CEU, how does it work? What programmes can students tune into?

CEU Radio works with two teachers who coordinate the programme and two people who work with the university newspaper, El Rotativo and with the help of students who have a grant or students who are volunteers. They broadcast progammes live every day from 12pm until 4pm, through the university website and have news bulletins every hour. Normally they come together in groups of two or three and organise different programmes for the radio, for example music, sports, there is even a student who does a programme about bulls. It really gives students the opportunity to talk about their hobbies and specific interests throughout the year, except during exam time or holidays

The television recording studios are very impressive, what kind of projects take place here? Are they just university projects or do you carry out projects for other organizations and events?

They are mostly used for classes, the ultimate purpose of the facility is for students to carry out their training, but it is true that sometimes things have been recorded for television in the studios. 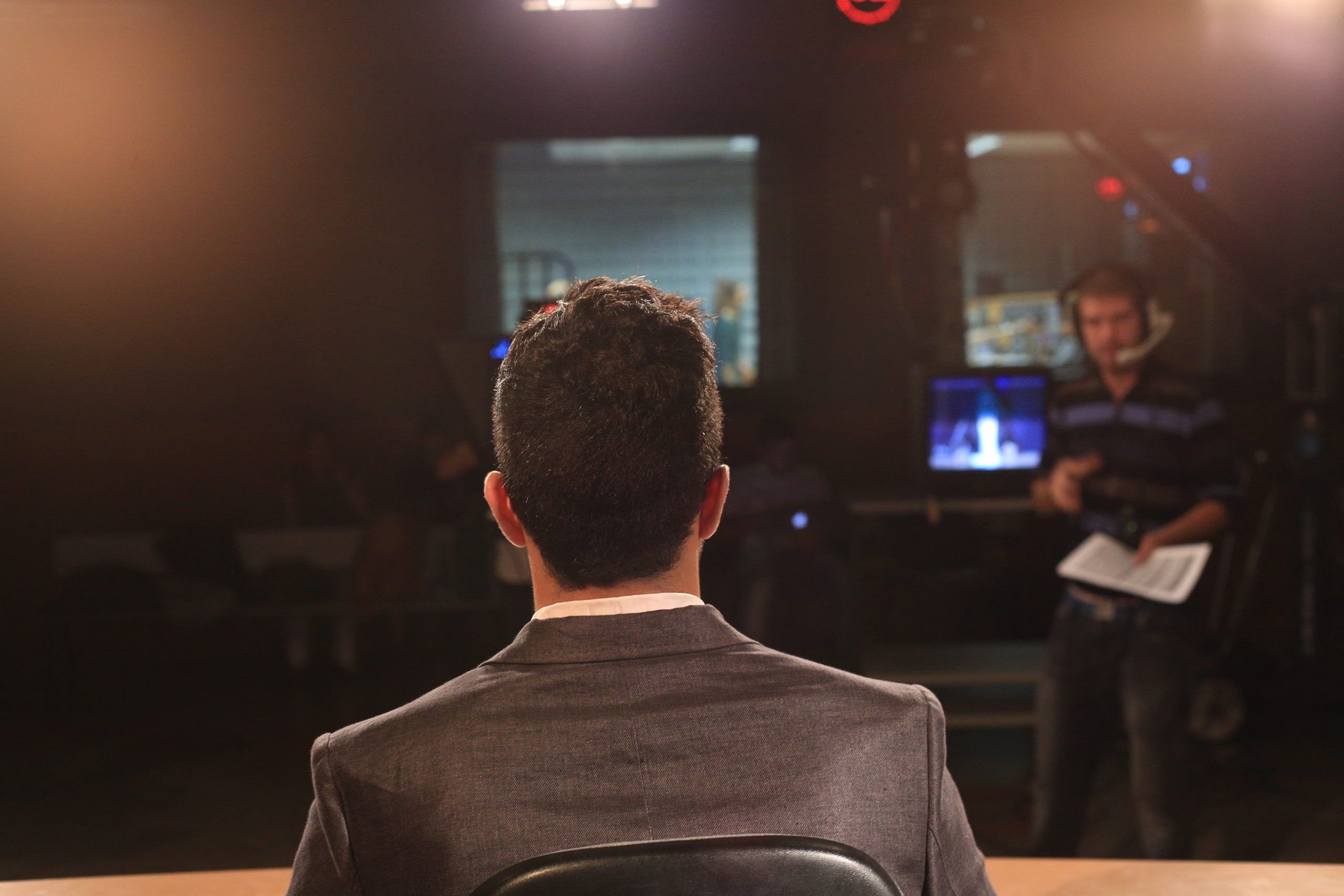 The facilities can be used by students, from the time it opens at 8:30 am until the time it closes, at 9pm. The equipment is available for students to use whenever they need to, all he has to do is go to his teacher and get him to sign a reservation slip, authorising him to such use the equipment. This is where the interns come in, helping to open and close the studios and keeping control of the equipment and materials used by the students. But at times when students are not going to use the facilities, such as exam periods, it is possible to organise things to be recorded for foreign broadcasting. For example a programme that called de diez en diez that was broadcast on the popular televisión channel for a subject called production design. The there was also a series of documentaries about the costumes designers of Valencia that was broadcasted on the T.V. channel Punt 2. Then there have also been companies that has come and hired our facilities as well, but as I said before the facilities are primarily used for students.

The media building is an important part of the university; could you tell us a bit about its history and the work that is carried out here?

The building was officially opened in 2002, last year we celebrated its tenth anniversary, originally the building was called Edificio Centro de Producción Audiovisual y Multimedia, but last year when we celebrate its tenth anniversary it was renamed Reproducción Audiovisual Bartolomé Marqués Serra, who was the previous manager. Students of Journalism, Advertising and Audiovisual Communication use the building and its facilities the most. The studios have been very well equipped from the start, but they still have to be updated every year and new equipment has to be purchased. This is because the technology in this market is constantly changing and evolving, for example we began using linear editing booths, but now all the booths are non-linear editing booths. We work with a programme called Avid Media Composer, which is a programme that almost all production companies use as well as audiovisual production centres use.

We always make sure that students are working with the material and equipment they will find truth in their future jobs. There are six technicians working in the building, Tasio is the chief technical officer and there are five other people responsible for making sure everything works properly. Some of them are more involved in the area of photography and sound, while others are more engaged in the area of television. Then during the periods where there are no classes taking place, they are in charge of the maintenance and updating of equipment. The volunteer students help us both in the area of communication and in the area of photography and sound and also help to supervise students when the teacher is not around and with routine jobs. Inside the building we can also find CEU Radio, CEU MEDIA, which are responsible for the making news reports and putting them on the university´s website, the newspaper which is produced on paper and digital formats, and CEU Music, in charge of recording music and audiobooks.

In your opinion, what are the most innovative facilities of the building? What are you most proud of?

I am proud of the whole building, really; we really do make the most of our equipment.

Can you tell us about an interesting project you have carried out recently at the media centre?

We recently recorded a live show with dance, music and singing provided by Estrella Morente, in the Palau de Música, she was accompanied by an orchestra that obtained the rights to use the songs of Manuel Falla, it was really interesting. Some of the students also got involved and we worked with 7 different cameras placed in different parts of the Palau de la Música, to allow us to obtain footage of Estrella Morente, as well as the musicians and the dancers, it was a very cool experience. The group of dancers was truly international with people from America, Italy and Spain; it was quite a multicultural event.

Have any of the students taken part in any competitions or contests in Valencia or nationally?

Here in Valencia there is a festival called PROYECTA, where university students of Audiovisual Communications can showcase their work. Today is actually the deadline for submitting entries; these will then be presented at Valencia´s Film Library in the Plaza de Ayuntamiento. Students can develop and submit their own projects within a program that we hold at the university called Creators, their work is then evaluated by a jury and if they like it, they are provided with all the materials they need to create their short film, video clip, music recording, or whatever they want to do. Then the students can present their work at the Proyecta festival or at any other festival they wish to. We know a lot of students who have submitted their work at festivals and received awards. 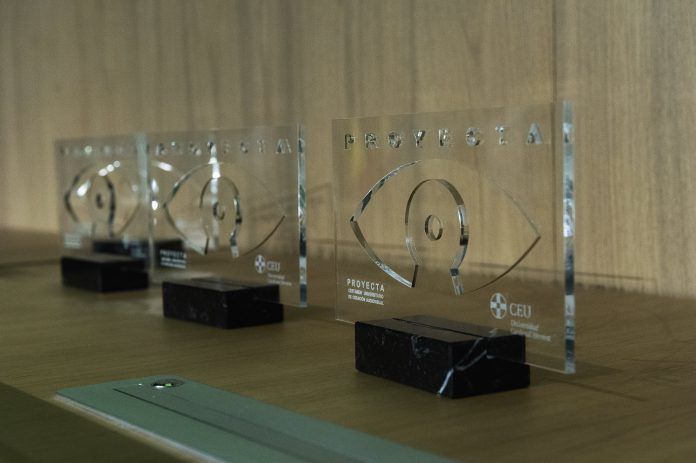